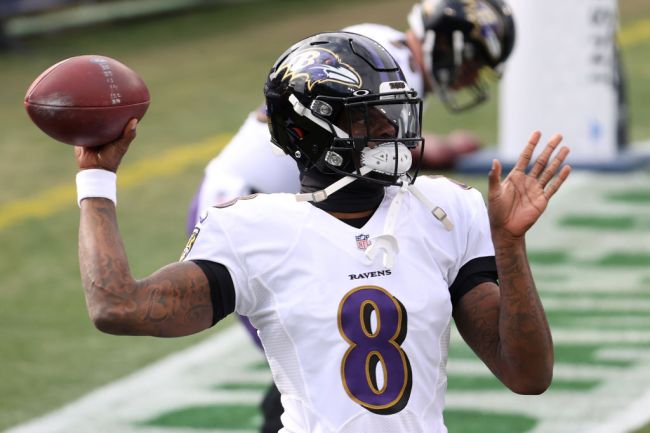 According to reports, Jackson is not vaccinated against COVID-19, which Gov. Hogan is not a fan of as he sent a rather emphatic message to Jackson about getting vaccinated.

Despite the NFL not mandating players to get the vaccine, according to Gov. Hogan, “Lamar’s gotta get” vaccinated.

On the Ravens, @GovLarryHogan – "Lamar's gotta get (vaccinated). With the rules the NFL put down, I can't imagine a team wanting to forfeit a game or lose a chance at the playoffs and none of the players getting paid because someone won't get a vaccine." @wbalradio pic.twitter.com/Rv2P0sEyPh

Baltimore recently placed the former Louisville star on the COVID list. Jackson tested positive for the virus on Thanksgiving of last year and missed one game, a loss to the Steelers, as a result.

The NFL Has All But Mandated The Vaccine

Back on July 22, the NFL sent a memo to teams around the league laying out extremely harsh protocols for the unvaccinated and incentives for the vaccinated.

The league’s memo stated that if a COVID outbreak occurs among unvaccinated players then the team will be forced to forfeit games that can not be rescheduled.

To Gov. Hogan’s point, there likely isn’t a team in the league that is going to tolerate players not getting vaccinated with the threat of forfeiture hanging over the team’s head. Jackson is Baltimore’s franchise quarterback, he likely won’t get cut based on his vaccination status, but the pressure is certainly there for him to get the vaccine.

One of the other major takeaways from the NFL’s new protocols and the forfeiture of games involves player paychecks.