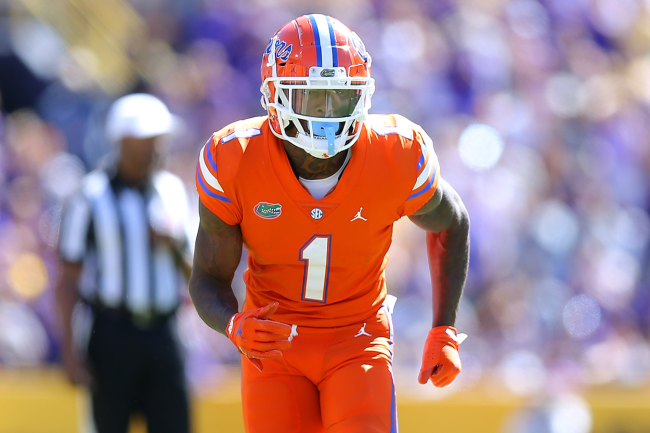 Jacob Copeland committed to the Florida Gators as part of the Class of 2018. The four-star wide receiver chose to stay in-state over offers from Alabama, Tennessee, Texas A&M, Auburn and Georgia, among others.

After arriving on campus in Gainesville, Copeland spent his first season as a redshirt. As a redshirt freshman and sophomore, he played a secondary role on the offense and caught slightly more than 20 passes, increasing his total yardage in each year.

During the 2021 season, Copeland co-led the team in catches with 41 and led the team in receiving yards with 642 and receiving touchdowns with four. It was his best year of football by a large margin and he made some noise in the SEC and around the country.

That man has a family, @JCope1era.

However, following the end of the season, Copeland decided to enter the transfer portal and seek a new home for his final year of eligibility. He ended up committing to Maryland and quickly became an important piece in an offense led by quarterback Taulia Tagovailoa— Tua’s little brother.

Not only is Copeland quickly establishing himself with the Terps, he is standing out over his receiver counterparts. He was named the MVP of Maryland’s spring game on Saturday.

After the game, Copeland was excited about his accomplishment and shared the honor on his Instagram. In response, a Florida fan posted on her story. She said that the “MVP of spring game sounds a lot like a participation trophy. Go Gators.”

Copeland proceeded to put her on blast and posted a screenshot of his DMs. While he was at Florida, she had asked him to add her on Snapchat and took a photo with him that she sent to him.

According to the Florida fan involved, Copeland did end up snapping her, so who really got the last laugh?