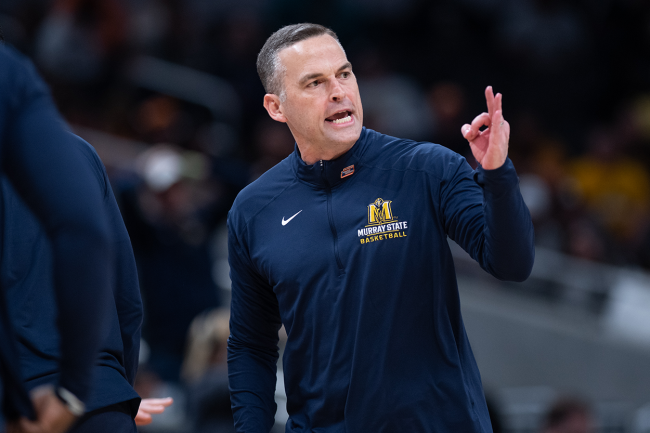 It’s always funny when a comedy skit plays out in real life and that’s exactly what happened when LSU’s new head basketball coach Matt McMahon was introduced earlier this week. His first time meeting people around the program played out exactly like a famous Key & Peele skit from 2014.

In the original skit, which satirizes ‘code-switching,’ Jordan Peele portrays President Obama at a meet and greet. After making a speech to the crowd, he goes out and shakes the hands of those in the audience.

White attendees get a polite, cordial handshake, while black attendees get dapped up, passionate hugs and slaps on the back. The behavior in which he carries himself with the two groups of people in the audience is hilarious.

On Wednesday, the same thing happened in real life.

As McMahon walked into the facilities attached to Tiger Stadium and walked up the stairs toward the Lawton Room, he was likely a little bit nervous. It was the first time that he was going to be speaking in front of media and fans as the head coach of the Tigers after spending seven years at Murray State.

That didn’t keep his handshake game from wavering even one iota.

As McMahon walked up the stairs and into the room, he went down the line of important people waiting outside of the room and greeted each of them individually. Some of the folks gathered outside of the room got dapped up or bro hugged. Others received a firm, 90-degree elbow angle handshake, with one man receiving two firm handshakes on the front-end and back-end.

His dap is very clean. Take a look:

Of course, people took note of who got what handshake and couldn’t help but laugh at how similar it was to the Key & Peele skit.

Peep the handshakes. We might be on to something! https://t.co/Hmjg7V4O6x

It’s always funny when a comedy skits plays out in real life and that’s exactly what happened with McMahon on Wednesday.