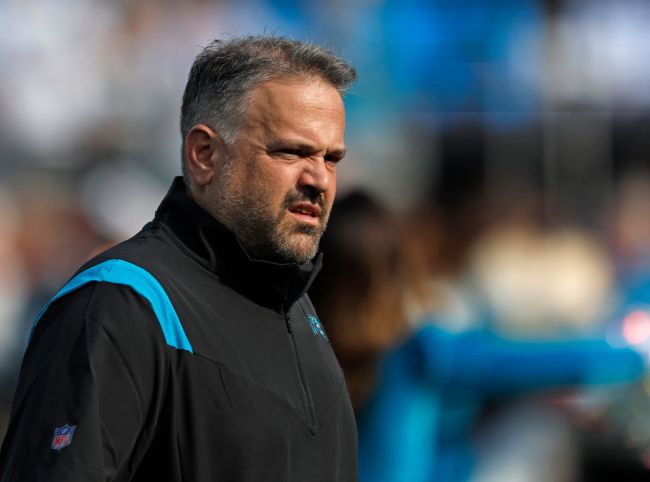 It has been no secret that the Carolina Panthers have been seeking a new quarterback throughout the NFL offseason. They were heavily linked with Deshaun Watson before he was traded to the Browns and were reportedly trying to land Russell Wilson before he went to the Broncos.

Those two being dealt elsewhere and the rest of the QB moves throughout this offseason have left the Panthers without much in the way of immediate answers to their issues at the position. In fact, they’ve even come out and said that Sam Darnold is currently the leader to land the starting job this season.

This events have also made it very likely that Panthers are going to select a quarterback with the 6th pick in the NFL draft. Today, head coach Matt Rhule made a comment that seemed to confirm as much.

Matt Rhule: I think one of these quarterbacks will be a top 10 pick. https://t.co/ntaVSJAtRk

The quarterbacks Rhule is talking about here are Malik Willis, Matt Corral, and Kenny Pickett. It seems likely that the Panthers will have their choice of quarterbacks when their pick rolls around and this quote seems like an indication they intend to make one of them a top 10 pick.

The only team ahead of them that seems like they would even consider a QB with their first pick is the Detroit Lions and they seem committed to giving Jared Goff one more year as they wait for a stronger class of QBs. Even behind them, the Falcons and Seahawks are the only other teams drafting in the top 10 who might draft a QB.

The Panthers settling on drafting a quarterback shouldn’t come as much of a surprise. The only real options available for them outside of the draft at this point are Baker Mayfield and Jimmy Garoppolo. If they aren’t sold on either of them, then it makes sense to take a shot on one of these rookies.

Which quarterback they actually end up drafting will be a monumental decision for the Panthers. If they get it right, they are strong enough everywhere else on the field to quickly become a playoff team. If they get it wrong then they could find themselves heading right back into a rebuild.

Whoever it is the Panthers draft, at least they can’t be much worse than Sam Darnold.