Matthew Stafford Shares Emotional Moments While Mic’d Up During The Lions’ Season Finale, Maybe His Last Game In Detroit 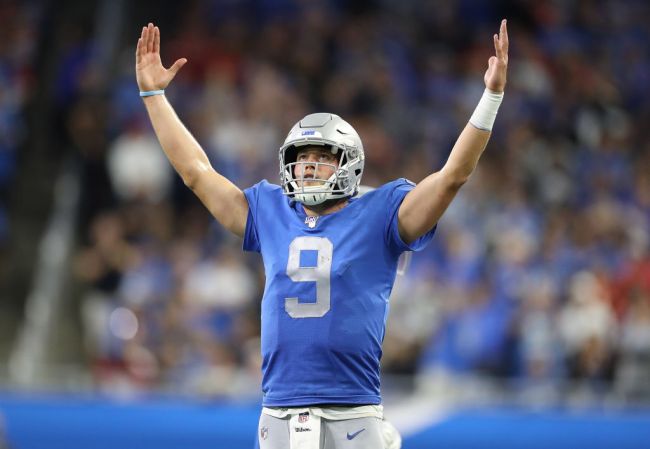 Matthew Stafford wrapped up his 12th season as the Lions quarterback on Sunday in a 37-35 loss to the Vikings. With the franchise looking for yet another fresh start as it’s set to hire a new general manager and head coach in 2021, there have been rumors that Stafford’s time in Detroit may be up.

Stafford is signed through 2022, but the Lions could be looking to trade him, release him at a costly price, or he could even retire. When it comes down to it, Stafford may not even know what his future in the NFL looks like at this point. Nevertheless, it’s officially rumor season for teams around the league that missed out on the postseason.

Stafford was mic’d up during the Lions’ season finale against the Vikings. As you can see and hear in the video, the soon to be 33-year-old was fired up for the game against Minnesota. He cracks some jokes with a few different players and chats it up with the officials, but toward the end of the video, it looks like it starts to settle in that this very well could be the last time he stands on the sideline with the Lions.

The hugs and ‘love you man’s’ could just be Stafford thanking his teammates and coaches for their efforts during the season, or it could be him realizing that it could be the last time he suits up with these same guys.

Stafford finished the year with 4,084 passing yards, 26 touchdowns, and 10 interceptions.