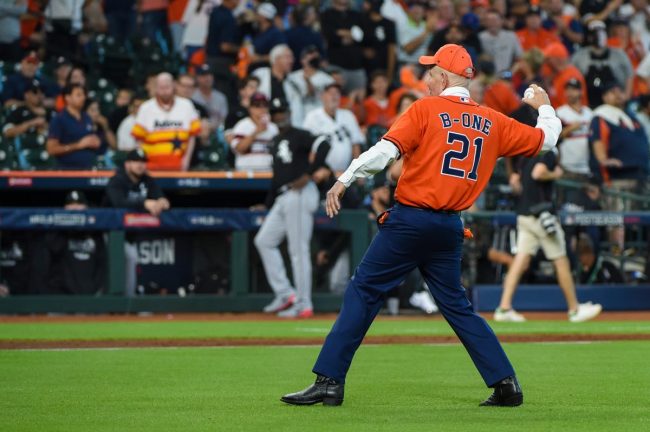 Mattress Mack is at it again, placing another big money bet on his Houston Astros. The famed sports bettor laid down $2 million on the Astros to win the World Series this October. With +553 odds on the wager, he’d land a win of over $10.6 million with a Series win.

The bet is far from his first of this size. He laid down over $3 million on Houston last year, but the ‘Stros ultimately fell short in the final by losing to the Braves.

He’s doubling down in 2022, though, and he’ll certainly have a shot to bring home a win. Houston currently leads the AL West with 59-32 overall record. The sit nearly 10 games up on the next closest division foe as the first half of the season comes to a close.

Barring a second half meltdown, the Astros should find themselves safely in the postseason as they boast the second-best record in the American League.

With this latest wager on the Astros, many are buying into the jinx saying Houston’s chances of a title are officially through.

Fans react to Mattress Mack’s $2M bet on the Astros

Fans on social media were quick to react to the Mattress Mack bet on the Astros.

Awesome. Houston no longer a threat to win it all. https://t.co/oygP3vjDvu

Hopefully for the Astros, Mattress Mack’s luck will change.