Who Ya Got? Driver In A $256K McLaren Or The Raging Floodwaters He’s Trying To Drive Through 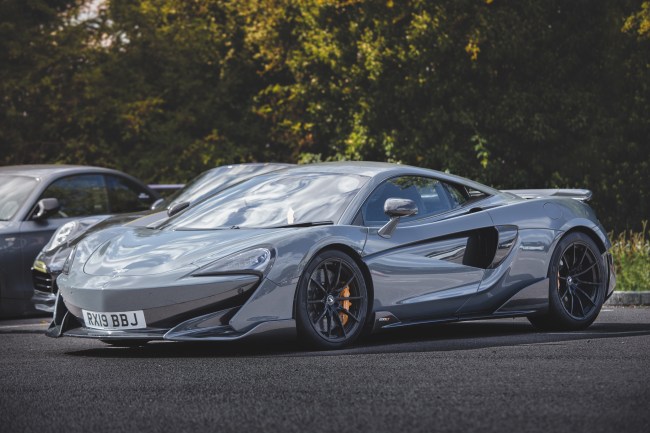 This wealthy driver in South Carolina decided he was above mother nature’s wrath when he tried to drive his quarter-million-dollar supercar through a flooded road that was giving trucks some trouble. Someone was on hand to film the action and shared in on Twitter.

Massive floodwater versus McLaren supercar, who ya got?

This all went down last Thursday as the Southeast was battered by torrential downpours. Twitter user @mikesj73 who filmed the video told News2 ‘the driver of the vehicle was fine’ but the car ‘didn’t sound great’ which is to be expected when you flood an engine like that and piss away a quarter-million dollars due to hubris. As for who won the battle, I think the car’s hazard lights kick on at the end of the video is all the evidence we need that Mother Nature emerged victoriously.

I’d suspect that much power would give anyone on the road a sense of entitlement. I don’t know for sure because I’ve never driven a McLaren 600LT myself. I’ve fired up the engine on a McLaren F1 but didn’t even get to take it for a spin and even just turning the key was enough to make my spine tingle.

With that in mind, I don’t really fault this driver for thinking anything is possible when he’s intoxicated by the power of his supercar but the fact that he was out driving in this storm to begin with is what confuses me. I’d all but certain the owner of this $256K McLaren 600LT has another car for everyday driving, one that’s more suited to cruising around Charleston, South Carolina in the middle of a monsoon.