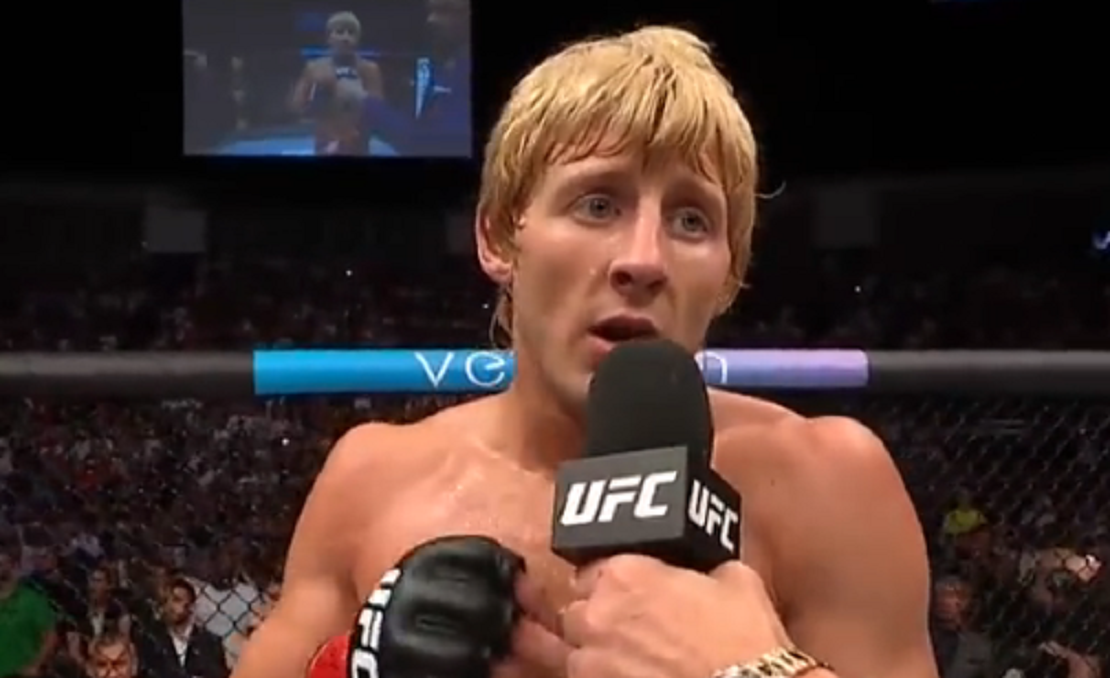 Paddy Pimblett’s passionate suicide prevention speech this weekend is already having an effect on the local community in the UK.

Following his win against Jordan Leavitt on Saturday, Pimblett pleaded with men who are contemplating suicide to seek help days after one of his close friends killed himself.

“I woke up on Friday morning 4am to a message that one of my friends back home had killed himself, this was 5 hours before my weigh in. So Ricky, that’s for you.

There’s a stigma in this world where men can’t talk, if you’re a man and you have weight on your shoulders and you think that the only way you can solve it is by killing yourself, please speak to someone, speak to anyone, people would rather, I know I’d rather my mate cry on my shoulder than go to his funeral next week, so please get rid of this stigma and men start talking.”

According to the Yorkshire Evening Post, a prominent mental health clinic in the UK saw an uptick in men’s attendance following Paddy’s speech.

Paddy Pimblett's speech did not fall on deaf ears – it is having a real impact in our city:https://t.co/FkFGn6uoFo

Andy’s Man Club is one of the most prominent mental health groups for men in West Yorkshire.

Leeds and Castleford facilitator Andy Wilson told the YEP many men had attended on Monday for the first time following the speech.

“It just shows how much the groups are needed and how more and more men are talking if they’re struggling.

“The interview with Paddy Pimblett following his fight at the weekend can only have helped raise awareness on how important is for people to open up and talk if they’re struggling with anything and a reminder once again that it’s okay to talk.