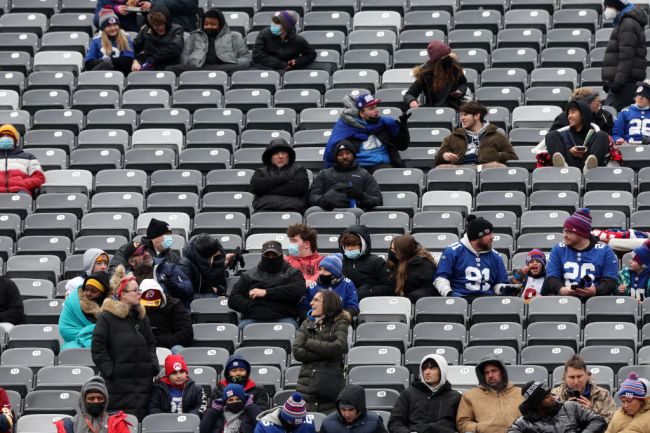 Giants fans apparently didn’t bother to show MetLife Stadium for their final game of the season.

Before Sunday’s Giants-WFT game, fans could find tickets for as cheap as $6 to get into the stadium.

Tickets available on Ticketmaster for Giants vs. Washington beginning at $6. pic.twitter.com/3djr9pjRI6

Unfortunately, it appears that $6 tickets weren’t enough to entice Giants fans out to watch the team to play WFT because almost no one showed up to the game.

Moments before kickoff. Looks to be the smallest crowd in MetLife Stadium history. pic.twitter.com/I0QcZOhzWS

The look here at MetLife Stadium during the opening drive. Lots of emptys. Reminds me of nobody being in stands for 2013 Giants-Washington finale in driving rain. pic.twitter.com/IguW9duw9a

For those who did decide to show up, they were able to see the team run a bizarre QB sneak on 3rd-and-9 from their own 4-yard line.