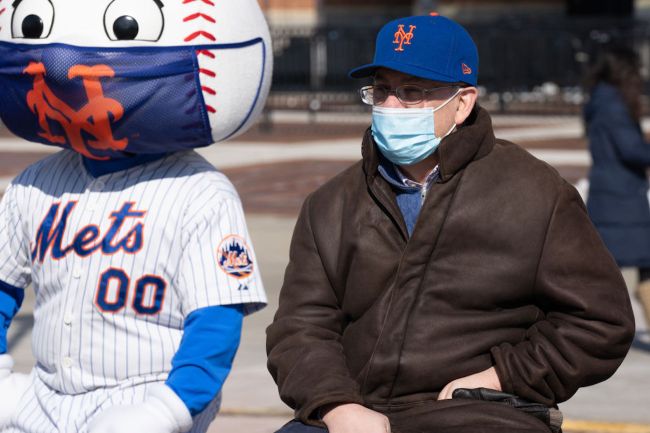 Folks, the New York Metropolitans are in first place in the National League East and have been for more than 12 straight weeks. And in typical Mets fashion, it’s been absolutely miserable. Let me tell ya, these dudes are simply the worst first-place baseball team I’ve ever seen IN MY LIFE. TA DIS DAY!

The main problem is, as it’s been since my birth, is that they can’t hit to save their lives — they’re the second-lowest scoring offense in Major League Baseball, ahead of just the lowly Pittsburgh Pirates, who are 25 games below .500. Just diabolical stuff for a first-place squad. Luckily, the Mets pitching has been solid (both starting and bullpen), but that’s also been going to hell recently considering the fact that A) Jacob deGrom is out for a couple of weeks and B) they’re losing bottom-of-the-rotation arms to injury left-and-right and C) Taijuan Walker has been a disaster since being named to the NL All-Star team. This is all, of course, compounded by the fact that the pitching staff has a very slim margin of error given the offense’s mighty struggles. And yet, because the NL East is just a big fat dumpster fire, they remain atop the division by 3.5 games.

This season was supposed to be different for Mets fans, as its the first under the ownership of Steve Cohen, whose estimated net worth of $14 billion far surpasses any other MLB owner. To be fair to Uncle Stevie, things have been — in relation to the Wilpon’s ownership — better thus far. The fact that Fransico Lindor has been a shell of his Cleveland Indians self isn’t his fault — he’s still the one who forked over a $341 million deal. The Mets brought in another superstar at the deadline in the form of Javy Baez. Again, these are signs of an owner trying to win, which is a sight for sore eyes in Queens.

BUT, still, despite all this, the Mets remain very Mets-like. The product on the field is average and the headlines in the sports pages are… unflattering. Over the weekend, the Mets failed to sign first-round pick Kumar Rocker before the deadline after a physical examination caused concerns about the health of his arm.

“This is clearly not the outcome we had hoped for and wish Kumar nothing but success moving forward,” acting Mets general manager Zack Scott said in a statement. “We’re excited about the players we have signed and look forward to watching them develop and contribute to the organization in the years to come.”

As Cohen usually does — both when things are going well and when they are going poorly — he responded to the conversation on Twitter, saying that he “never shies away from investments that can make me that type of return.”

Education time – Baseball draft picks are worth up to 5x their slot value to clubs .I never shy away from investments that can make me that type of return.

Naturally, baseball fans were none too thrilled with Cohen’s cold-and-calculated billionaire perception of the issue:

Education time – people are not investments. They are humans.
We, on the other hand, would like to formally offer @KumarRocker a spot on our squad, to help a young man grow in the game of baseball. https://t.co/Lc7tKmcLiw

flatly, this is a really effed up way to categorize something a kid has worked his whole life for. Despicable tone. https://t.co/jWJ0eIvlgg

Union just copy and pasted into its Google doc https://t.co/33xzf0hyGB

Remember this right here next time someone weeps uncontrollably about how these greedy athletes treat it like a business instead of a game https://t.co/KjIaB5kMXC

This is a terrible tweet all around but stop calling human beings “investments”. This is especially triggering when referring to Black athletes. Do better across the board. https://t.co/WZyhCIhg6z

I don’t think team owners are supposed to admit this on twitter. https://t.co/0ujSFeYLqr

This one’s going in the cringe compilation

This type of language — treating baseball players solely as financial assets — is symptomatic of so many of the trust problems between the owners and the players right now https://t.co/82lFIRWqkT

The more things change, the more they stay the time. Time is a flat circle and the Mets are stuck in the middle.