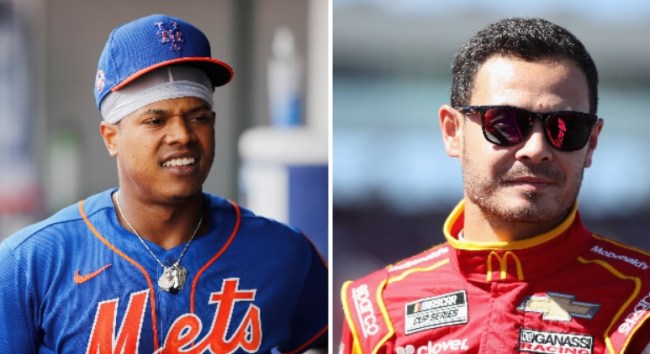 Over the weekend, Larson was overhead casually using the N-word during a live iRacing stream on Twitch.

Since then Larson has been fired by his team and suspended indefinitely by NASCAR.

Statement from NASCAR, which has indefinitely suspended Kyle Larson: pic.twitter.com/tRSDGnwV8R

Larson has since issued an apology on Twitter but that’s not enough for Mets pitcher Marcus Stroman. On Tuesday, Stroman took to Twitter to challenge Larson to a fight because he believes the NASCAR driver needs to get his “ass beat”.

He should never be allowed to race again in @NASCAR. Said that derogatory word so nonchalantly. Your apology doesn’t matter. Post-career…I’ll fight this man in a @ufc event for charity. He needs his ass beat. Would love to hear him say that word in the octagon! https://t.co/lZ4Hg1fxsw

Will never tolerate anyone casually throwing around the word nigger ever. I’ve been called a nigger out of hate to my face before. It’s different when you’ve experienced it. 🤷🏾‍♂️

Larson better hope he doesn’t bump into Stroman on the street.