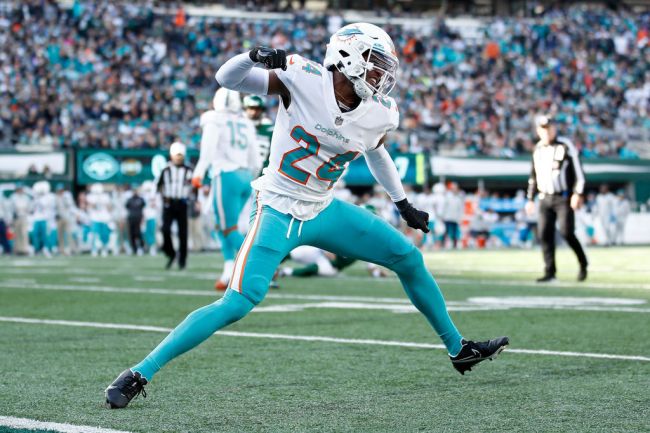 The Miami Dolphins made a huge move this week when they shockingly acquired Tyreek Hill and then signed him to a huge contract extension. As is usually the case with these kinds of moves, there was bound to be a follow up move or two to manage the cap.

The first of those moves came today as Byron Jones restructured his contract to free up some cap space for the Dolphins. After restructuring, Jones tweeted out a hilarious observation about how that restructure will impact his life at practice.

There are going to be some incredible matchups to watch in the passing game at Dolphins practices this season. The Dolphins currently have Hill and Waddle as the main highlights of their passing game and also have DeVante Parker, Mike Gesicki, and Cedric Wilson available for Too Tagovailoa to throw to.

At the same time, their defense boasts Jones and Xavien Howard at corner to line up across from this improved Dolphins receiver group.

Xavien Howard tied for 4th in the league in interceptions last season and Jones graded as an above average corner, so something tells me they won’t be getting burned as much as Jones is worried about.

Jones might not feel great about his decision to restructure while he has to cover Hill in practice, but he’s probably going to feel pretty great about it when the Dolphins defense doesn’t have to keep the team in games anymore this season.

Either way, at least he has a good sense of humor about the situation.