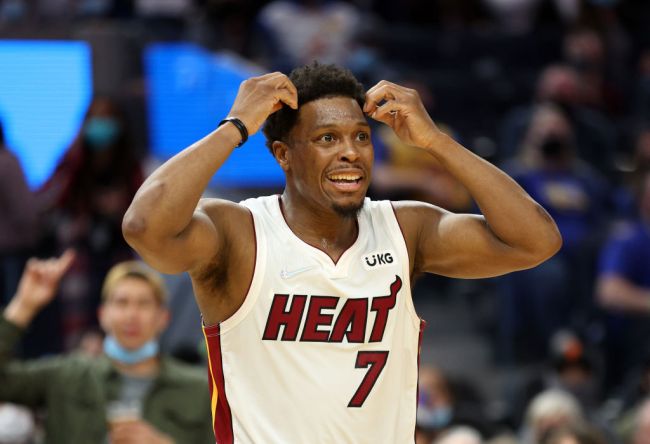 Miami Heat’s Kyle Lowry was not happy with one of the refs on Wednesday night.

During the Heat-Blazer game in Portland, a ref bizarrely gave Lowry his second technical foul and had him ejected for passing him the ball while he wasn’t looking.

While being escorted off the court Lowry appeared to point at the official while calling him a “pussy.”

Lowry will probably get a fine from the league for his language towards the official.