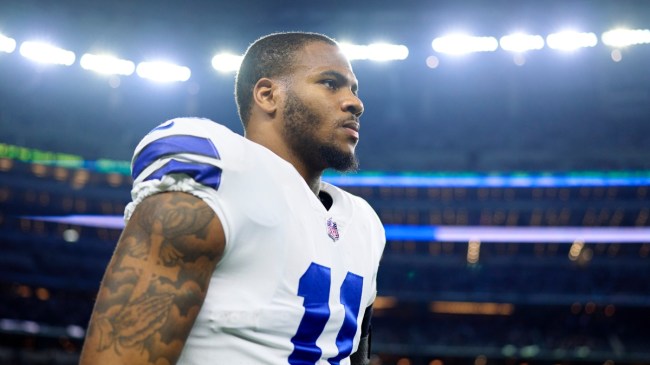 The Monday Night Football game was close for the first three quarters. Then, in the final quarter of the contest, the Dallas Cowboys ran away with it thanks to their stifling defense. The Indianapolis Colts had no answers and ended up losing 54-19. Now, superstar linebacker Micah Parsons is laughing at how the game played out.

The Cowboys linebacker his social media early Monday morning after the game. Parsons clearly couldn’t help but laugh at how the Colts played in the fourth quarter. It was an ugly showing for Indianapolis, as Micah Parsons and the defense forced five total turnovers in the contest. Three of which happened in the final quarter.

This game got out of hand quickly. At first, it looked like Indianapolis was going to be able to make it a game. That’s what we all thought going into the fourth quarter, at least. But when you force the ball over four times in the second half, it’s going to be difficult to win. Dallas’ defense was all over the place and wouldn’t let the Colts breathe. Even though Indy did a good job slowing down Micah Parsons.

Regardless, it wasn’t enough and the Cowboys linebacker is loving the big team win. Look for this team to keep the momentum rolling, as Micah Parsons and the gang take on the Houston Texans in Week 14. Although we just watched Dallas dominate the Colts, we may see a bigger blowout against the Texans.