Micah Parsons Reveals Odell Beckham Jr.’s Timeline To Return Based On Convo They Had 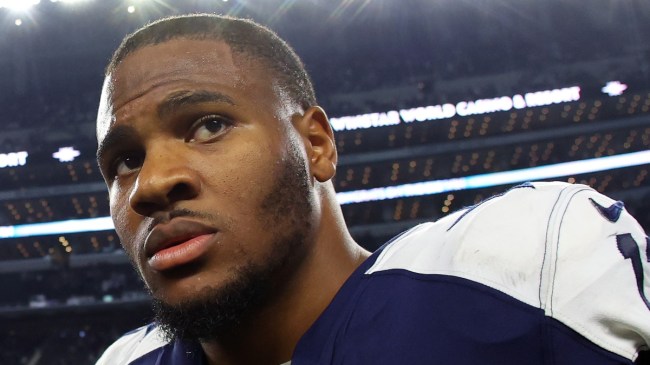 Rumors regarding Odell Beckham Jr. seem to be cooling down since Jerry Jones pointed out his injury concerns. Even so, the star wide receiver has been in talks with the Dallas Cowboys and players like Micah Parsons.

It’s unclear when Beckham will return. However, it sounds like Parsons has an idea based on a conversation he had with the star wide receiver.

According to Calvin Watkins, the Cowboys linebacker claims Odell Beckham Jr. told him “he could be ready to play in five weeks.” If that’s the case, then he won’t be available until the start of the playoffs. It’s no wonder Jerry Jones was so concerned with Beckham’s situation.

Micah Parsons said Odell Beckham told him he could be ready to play in five weeks. pic.twitter.com/FWGn056AVl

As more information comes to light, it’s hard to imagine anybody signing the star wide receiver anytime soon. Even so, there’s always the chance the Cowboys pull the trigger. Especially considering Micah Parsons and the team is having one of the best seasons in recent franchise history.

It’s surprising that the Cowboys have revealed so much information and concern about Odell Beckham’s injury. Between Jones and Micah Parsons, it’s like Dallas has provided all of the latest information regarding the star wide receiver. Maybe there’s a reason behind it, but either way, it’s still odd to see.

So, if what Parsons is saying is true, then we might still be a few more weeks away from Beckham signing with a team. If he is truly back 100%, any playoff team will receive a massive boost to the offense for the Super Bowl push.