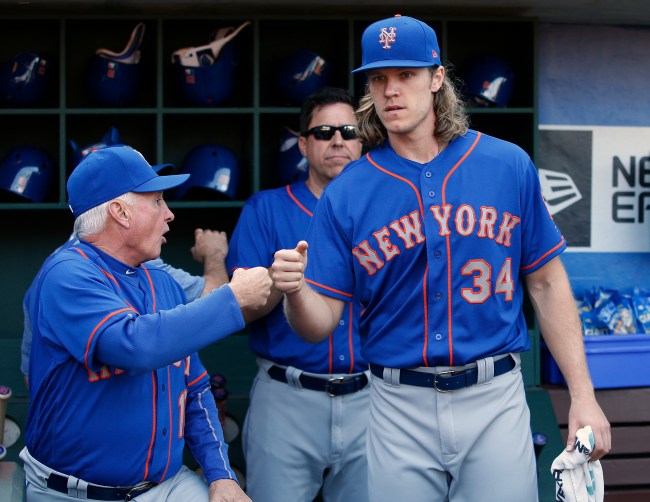 This unearthed clip that’s gone viral over the past 48 hours is a reminder that baseball is one of America’s greatest gifts to the world. The game of baseball was invented by Abner Doubleday in Cooperstown, New York (home of the Hall of Fame) back in the Summer of 1839. And methinks if you were to toss Civil War hero Abner Doubleday into a time machine and send him into the modern/present future and show him this clip of an irate manager getting tossed he wouldn’t recognize the game he invented.

The clip comes from a 2016 game between the Mets and Dodgers. Noah Syndergaard was on the mound and he got tossed for throwing a pitch behind Dodgers’ 2nd Basemen Chase Utley. Manager Terry Collins was PISSED, and came out to argue the call before getting tossed from the game. This audio of the altercation was shared on Twitter by Steve Perrault and later made its way to YouTube ((via DIGG))…WARNING: there is some >NSFW language used here by Terry Collins.

You just don’t find anything like this in other sports. Baseball’s the only place where the manager, getting paid $$$$$$$ per year, charges the field to call the umpire a c**k sucker because he didn’t like a call. Amazing.