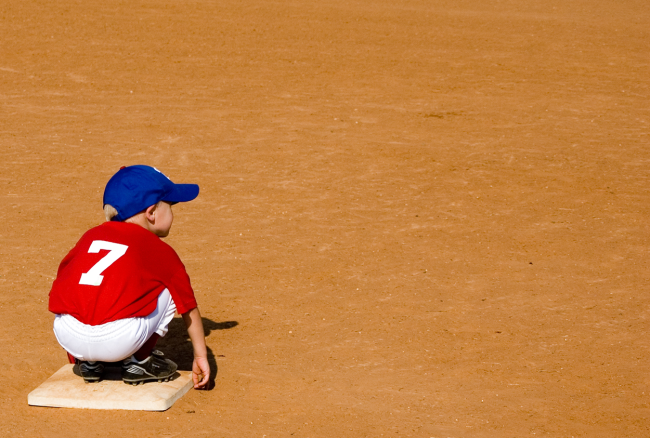 Kids say the darndest things. Especially when they’re all jacked up on baseball.

A pair of Sioux Fall creatives decided to give us a first-hand look at what it’s like to be young again, and we are awfully glad they did.

Austin Bramley and Chad Hunt, presumably parents with children on the team, mic’d up some of the players on a local coach-pitch little league team. The result is hilarious.

Although it is unclear as to who the kids are wearing the wires, the insight into what goes on in their heads during a practice is pure gold.

To open the video, there is a conversation had about a bracelet and where it came from. Some suggested locations include Parky Darky and Poopy Land.

It gets off to a hot start and only gets better.

From there, it starts to rain tacos from the sky, apparently. Nom, nom, nom, nom!

The third clip might be the best. The child wearing the mic asks a teammate where his mother is, to which the teammate replies “in the red shirt.”

In response, the kid with the mic savagely tells his teammate that his mom left him. Even though she didn’t.

There is also an inside look at the on-field play. The kid wearing the microphone makes a play out in the field and flips the ball to the second baseman, who proceeds to drop it. In turn, he gets a lesson on how to hold onto the ball.

Other amazing moments include a reference to Rookie of the Year, booger chants, encouraging words amongst teammates and plenty of high-fives.

The entire mic’d up look at a coach-pitch little league practice is as wholesome as it gets, take a look:

.@notthefakeSVP: I have 'The Best Thing I Saw Today' segment covered for you.

A Sioux Falls coach-pitch baseball team mic'd up.@Chunt28 gets the credit for the idea and the edit. I just shot the highlights. @StanfordSteve82 | @SportsCenter @DwayneBrayESPN | @leefitting pic.twitter.com/UnerECMxlf

Children are truly unfiltered in every moment and the way that they operate is fascinating. Getting just a peek at their brains and an average practice is truly tremendous content.