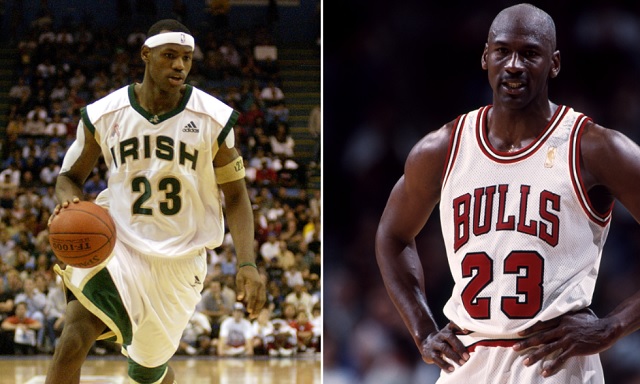 There isn’t going to be any live sports for a while and people are starting to look for previously unreleased footage of games to pass the time.

On Tuesday, a picture of a young LeBron James playing in a scrimmage game against Michael Jordan went viral and everybody instantly called for someone to find it and release it.

Why have I never seen this picture? pic.twitter.com/or2VLdESY5

Someone find the footage of this scrimmage with LeBron and MJ. pic.twitter.com/oapWDVWw0q

So you telling me lebron and Jordan played against each other and there’s no video? Or is it still out there? pic.twitter.com/6gMCaFvTUb

If MJ would’ve beat Lebron in this game we would’ve been saw it… I’m guessing Lebron lit his ass up. 😭😭😭 https://t.co/HpOfrhj5Jp

LeBron dropped 45 on MJ and he told them to hide the tapes?? https://t.co/eu38nnk6aA

According to an old interview with Metta World Peace, LeBron was in high school when he would play in the scrimmages with NBA pros including Jordan and would dominate those games.

Young LeBron “Was cooking they A**” as a Soph in HS during an Open Run he & Jordan played in.#WITNESS pic.twitter.com/9oCoZv7nVS

It’s pretty mindboggling that someone could be sitting on a goldmine of footage of LeBron playing against MJ.