Michael Jordan Once Turned Down A Two-Hour Appearance Opportunity Worth $100 Million, That’s How Wealthy The Man Is 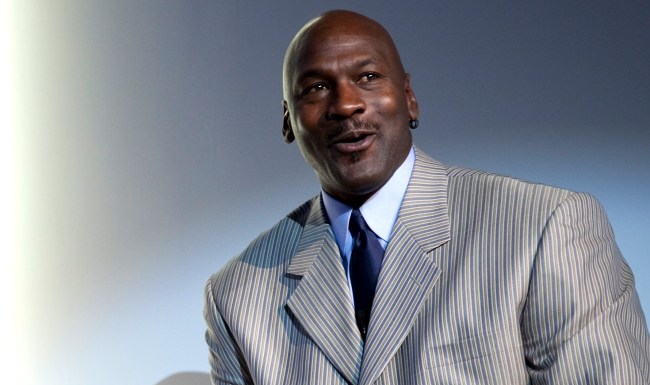 Everyone knows that Michael Jordan is a very, very wealthy man that has had thousands upon thousands of opportunities outside the game of basketball to make money.

While we all know plenty about Jordan’s ventures that he’s said yes to over the years like Nike, McDonald’s, Gatorade and so forth, we never really hear much about some of the opportunities he’s turned down.

Well, according to Jordan’s agent David Falk, the man turns down some extremely lucrative deals. Falk recently made an appearance on WFAN and told a story about Jordan turning down an opportunity worth $100 million that would have taken up only two hours of his time.

“I brought him a deal three years ago for $100 million. All he had to do was, other than giving his name and likeness, make one two-hour appearance to announce the deal and he turned it down,” Falk said Wednesday morning on “Boomer and Gio.”

“God Bless him. He’s been so successful, it gives him an opportunity to do whatever the hell he wants or not to do things he doesn’t want. I really admire that. He’s very, very selective in the things he wants to be involved in.”

Falk also explained that he very rarely presents Jordan with one-off appearances like the one he mentioned, but when the price tag is that high it’s almost impossible to ignore.

The things that 99.9% of the world’s population would do for $100 million are unimaginable, meanwhile, Jordan has enough scratch that he’s turning down a $100 million check to simply show his face at an event.

According to Forbes, Jordan’s net worth is $2.1 billion.