Nuggets’ Michael Porter Jr. Hits Clutch 3-Pointer Days After Calling Out His Coach For Not Getting Him The Ball Enough 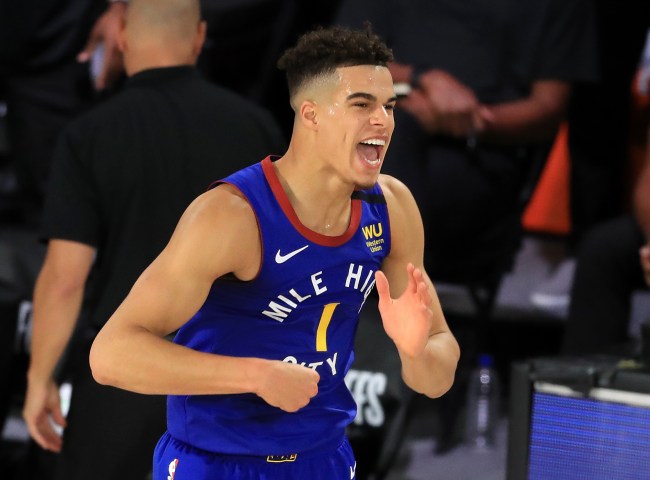 Just a few days ago after the Nuggets got blown out in game 4, Porter Jr. called out his coach for not giving him the ball enough.

“To beat that team, we've gotta get more players involved.”

MPJ on wanting to get more involved on offense after Game 4 loss pic.twitter.com/iI7qRIHAeC

“I mean, that’s really up to the play calls, that’s really up to the coaches, who they want to put the ball in whose hands. We kept going to Jokic and ‘Mal, and they’re two amazing players, you can never get mad at that. But I just think to beat that team, we gotta get more players involved, we gotta move the ball a little bit better. We can’t be predictable against that team.

“If I’m gonna be out there on the floor playing a lot of minutes, I think I should voice that (concern). I’ll probably talk to the coaches, just tell them what I see being out there on the floor. Just letting them know, ‘Look, they know what we’re doing.’ Like, we gotta swing the ball. We’ve got a lot of players who can play basketball and score. We gotta get some more guys involved.”

After getting criticized for his comments, Porter Jr. came up big late in the fourth quarter in game 5 vs the Clippers and helped his team win the game with this clutch shot.

after what he said on Wednesday, Michael Porter Jr. just hit one of the biggest "oh this better f**king go in" threes i've seen in a while.

Michael Porter Jr. is playing the best defense of his entire basketball life and just hit a massive shot. Say what you want about his comments after Game 4, but you gotta give him credit for bouncing back, playing hard, AND backing up his words by taking and making that big shot.