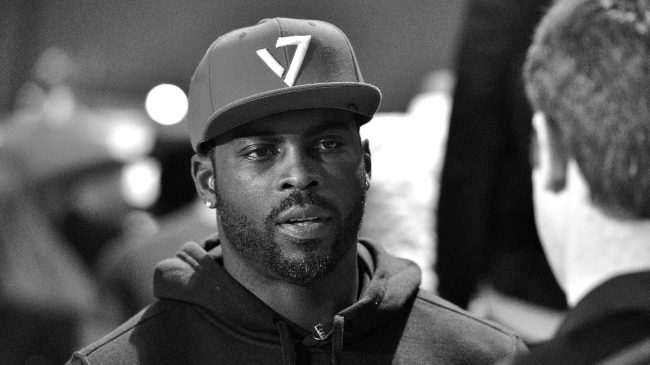 The Chicago Bears lost to the Miami Dolphins but they did receive a jolt of electricity from quarterback Justin Fields. He balled out all day, showing off his arm talent and his unique athleticism. He’s beginning to look like the superstar talent the franchise hoped he would be when they drafted him. Now, NFL legend Michael Vick shares his thoughts about the second-year prospect.

Fields had a monster performance against the Dolphins. So much so, he rushed for 178 yards, breaking Michael Vick’s previous single-game rushing record. According to Brad Biggs, Vick loves seeing the new generation of quarterbacks shine. He states, “That’s what it is all about — the next generation doing it just a little bit better.”

Justin Fields definitely put on his best Michael Vick impersonation in Week 9. He looked unstoppable as he nearly led the Bears to a big upset win over the Dolphins. Even so, Fields captivated football fans and clearly caught the attention of the former legend himself. I mean, how could you not after watching this clip?

The Bears quarterback also showed off his arm. Although he didn’t accumulate many yards through the air, Justin Fields made some spectacular throws on Sunday.

Keep an eye on this kid, as he’s looked solid in recent weeks. Although the Bears didn’t give him much to work with at the beginning of the season, the front office at least traded for Chase Claypool to improve the wide receiver core. With that in mind, things might just be getting started for Justin Fields.