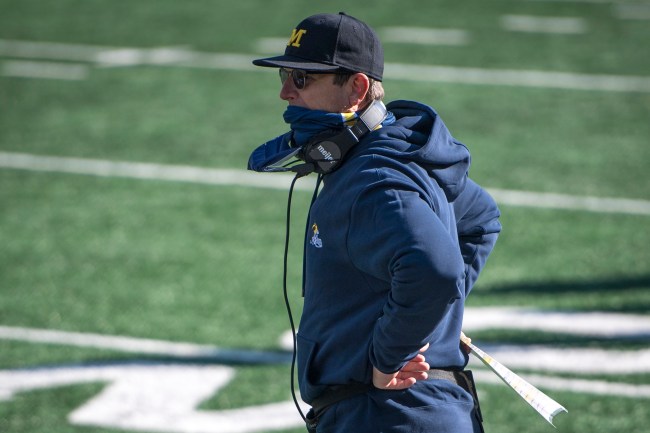 The Michigan Wolverines have underperformed this season but it seems like head coach Jim Harbaugh doesn’t think coaching is the problem.

On Saturday, Michigan lost to Indiana for the first time since 1987 snapping a 24 game winning streak against the Hoosiers.

Indiana snapped a 24-game losing streak against Michigan today, earning its first win against the Wolverines since 1987.

After the game, Harbaugh denied that preparation was an issue and said it was up to the players to trust their talent.

#Michigan coach Jim Harbaugh says preparation is not an issue. Players are working toward "trusting their talent" in games. "You know they have it in them. Just making that connection to doing it, and trusting themselves, trusting their abilities."

Harbaugh doesn't sound like he's ready to do anything dramatic as far as coaching responsibilities or major personnel changes. Says #Michigan is close, in his mind.

Sounds like he's pointing to youth as biggest issue.

Michigan fans felt Harbaugh was blaming the players for the loss and blasted him for it.

@OGPaullieD
Looks like ole jim blaming everyone but himself… https://t.co/CTofri25oA

Guy who gets paid $8 million a year and scores plenty of 4 and 5 star recruits says team’s losing has nothing to do with him. It has to do with the kids not trusting how good they are 😳 https://t.co/S7IxNHYtDf

This dude has lost the plot https://t.co/CTvjkCqknz

What the hell is he talking about??? What HE is doing isn’t working!!! https://t.co/orGLYdsr0m