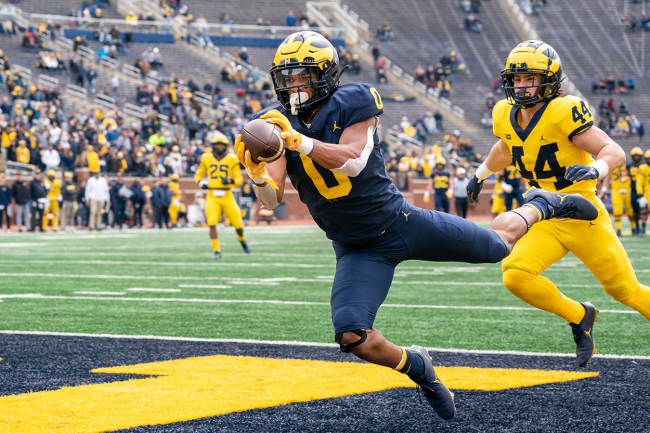 Michigan football took to the Big House for its annual spring game on Saturday afternoon. Putting the actual game itself aside, the Wolverines broke out some incredible touchdown celebrations and they couldn’t have been anymore awesome.

The first touchdown of the game came in the first half. Tavierre Dunlap scored for the ‘blue team’ and put points on the board.

After running in the touchdown, Dunlap was surrounded by his offensive line. They proceeded to lift his feet in the air to mimic a celebratory keg stand and it was incredible.

But the celebrations were not done there. Early in the second half, the Blue team found the end zone once again and gathered in the end zone for a team selfie. 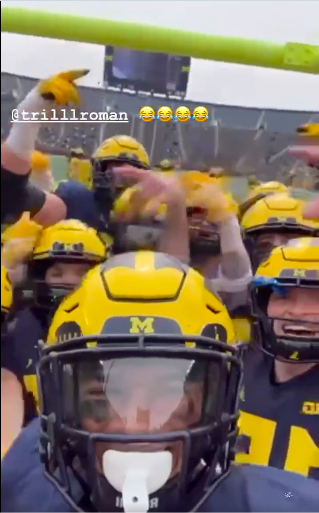 And they weren’t done there.

Later in the fourth quarter, junior wide receiver Sam Staruch found pay dirt. The rest of the offense ran over to him in the end zone and they broke out the limbo.

This time, however, Harbaugh did not let the hilarious antics go unpunished. He, jokingly, had his team flagged for excessive celebration with a big smile on his face.

Great stuff here 💯@UMichFootball celebrates TD with the limbo, and Jim Harbaugh , smile on his face, has team flagged for excessive celebration. 🤣 pic.twitter.com/jRjI2xMU8F

As was demonstrated on Saturday, the Wolverines are feeling pretty good. Michigan is coming off of a College Football Playoff appearance in 2021 and is clearly playing more loose than it has in the past.