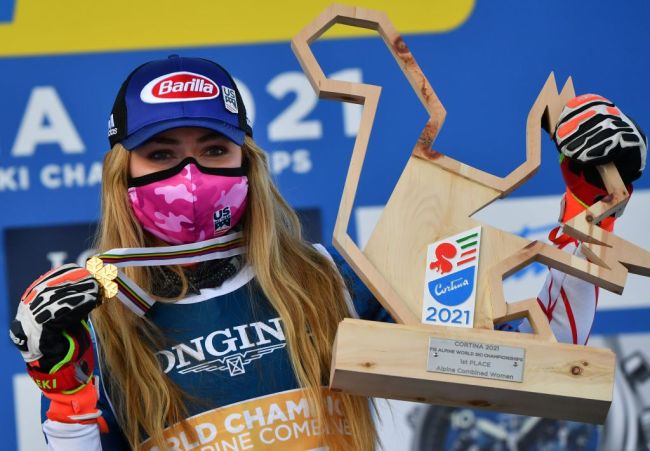 Shiffrin has four gold medals in slalom and one in super-G from previous worlds, but this is her first combined first-place finish. She had never competed in the event before this year.

“I’ve done some things nobody’s done before, for sure,” she said. “I’ve always been trying to just push the limit, push my own limit first, then trying to push the limit in the sport. I feel like, on my really good days, I’m doing that.”

The record-breaking win came after she tied Vonn with eight career medals after winning a bronze medal in Super G last week. She ran a near-perfect race in the event but made a very costly mistake in the lower section of the course.

“Trust me, I get it—the mistake cost a lot of speed/time,” she said. “But you gotta ski it to the finish, and I didn’t quite manage that. So let’s leave the ‘shoulda, woulda, coulda…’ talk for another day cause today was still totally awesome and the Gold medal is where it belongs.”

Had she held strong, she would have beat Lara Gut-Behrami and defender her title. Even with the mistake, she finished less than half of a second off of the winning time.

To make her success over the past week even more impressive, Shiffrin went 300 days between races and had to work through a preseason back injury. Once she returned to form, she had only four days of training in the super-G discipline— which also accounts for half of her first-place combined event time.

It’s easy to take Shiffrin’s dominance for granted because it happens so often, but what she has done in such a short amount of time is truly remarkable. With her gold medal to begin 2021, the Colorado-native has won gold at every major championship she has entered that began at 17 years old.

With the speed events now finished for the women, Shiffrin will turn her attention to the Giant Slalom on Thursday and Slalom to follow over the weekend.