Mike Golic’s Wife Says He Pitched A ‘Mike And Mike’ Reunion, But ESPN Turned It Down 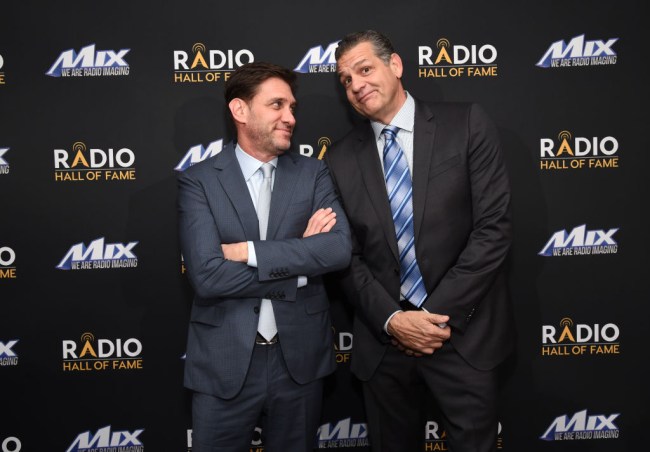 ESPN has announced a number of changes to its radio lineup this week that are set to take place in August.

One of the most notable changes is ‘Golic & Wingo’ being replaced by a show featuring Jay Williams, Keyshawn Johnson, and Zubin Mehenti. Mike Greenberg is also set to return to radio where he’ll host ‘The Mike Greenberg Show’ from noon to 2:00 PM EST.

With Golic’s prolific run of hosting a morning show on ESPN Radio seemingly coming to an end and Greenberg making a return, plenty of people out there were wondering why the two wouldn’t just team up for a ‘Mike & Mike’ reunion.

According to Golic’s wife, Christine, he made that pitch to ESPN but the network said no.

It was offered. No takers

In a previous tweet, Christine said that Golic was not retiring, but as of right now it’s unknown as to where, or if, he fits into any of ESPN Radio’s future plans as ‘Golic & Wingo’ will conclude on July 31. There aren’t any solid rumors regarding Greenberg’s possible co-host, either, so maybe there is still a sliver of hope we see ‘Mike & Mike’ return.