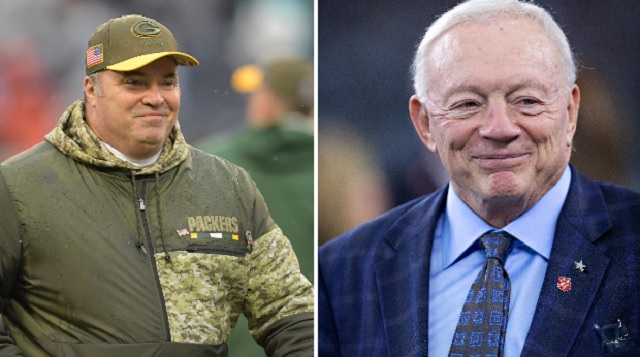 After weeks of intrigue, the Dallas Cowboys have finally hired a new head coach to replace Jason Garrett.

On Monday morning it was reported by Fox Sports’ Jay Glazer that Packers former head coach Mike McCarthy would be named the next head coach of the Cowboys.

Scoopage alert: the @dallascowboys have agreed to terms with Mike McCarthy to be their new head coach. Announcement and press conference expected later this week @NFLonFOX #cowboys

The Cowboys apparently believe McCarthy, who has experience working with Aaron Rodgers, can help develop Dak Prescott into an elite QB.

McCarthy played a key role in the development of Aaron Rodgers, and the Cowboys believe he will be good for Dak Prescott, who is entering his fifth season. Perhaps of note to the Jones family, McCarthy had a 7-3 record against Dallas while with Green Bay and twice ended their season in painful ways, in the divisional round of the 2014 and ’16 playoffs.

According to ESPN’s Adam Schefter McCarthy stayed over the night at Jerry Jones’s house the night the team fired Garrett.

“Once you stay at Jerry’s house, he doesn’t lose his guy,” the source said.

McCarthy replaces Jason Garrett, who went 85-67 as Dallas’ coach from 2010 to 2019, with the hope that McCarthy can do for the Cowboys what he did for another storied franchise — win a Super Bowl.

The Internet thought the whole McCarthy-Jones sleepover was petty funny.

So Jerry Jones slept with Mike McCarthy while still married to Jason Garrett?

Garrett and McCarthy share an agent yet Garrett was begging for his job at the same time McCarthy was asking for extra bath towels at Jerry’s house.

did they tell scary stories? did they play a season of Madden as the Cowboys together all night? What did they wear? Matching jammies?