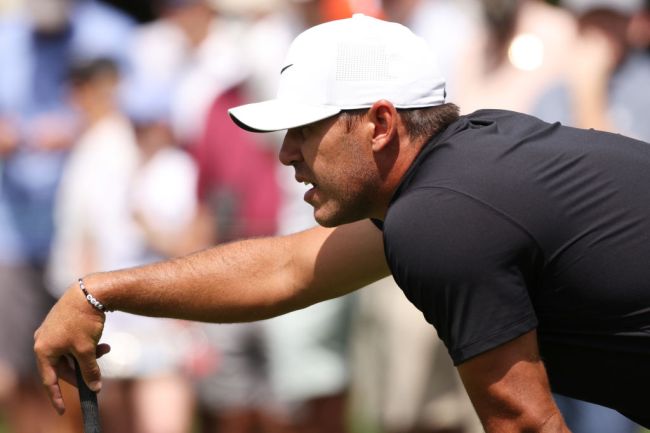 Mike Tirico is one of the best in the business. As such, it is always a treat when he is on the call like he was on Thursday at the Tour Championship.

The 54-year-old broadcaster just so happened to be on-air when a butterfly followed a long Brooks Koepka birdie putt all of the way into the hole. The scene itself was pretty fun, but Tirico’s call made it an absolute blast.

He could not have been more excited and even ended his call with a “woohoo!”

Things got underway from Atlanta in the PGA Tour’s last of three playoff events on Thursday morning and there was a lot of money on the line— $15 million, to be exact.

To say that the Tour Championship is serious business would be an understatement.

And yet, with Tirico on the mic, things felt like there was no pressure at all. Something about Tirico’s voice is incredibly comforting and as the ball approached the hole, you could feel the genuine excitement in his voice.

As for Koepka, he will likely finish in the top 10 of the leaderboard after Round 1 and has a chance to get back in the mix with a good day on Friday. Perhaps the butterfly was the lucky charm he needs to help him get to the top and walk away on Sunday $15 million richer.