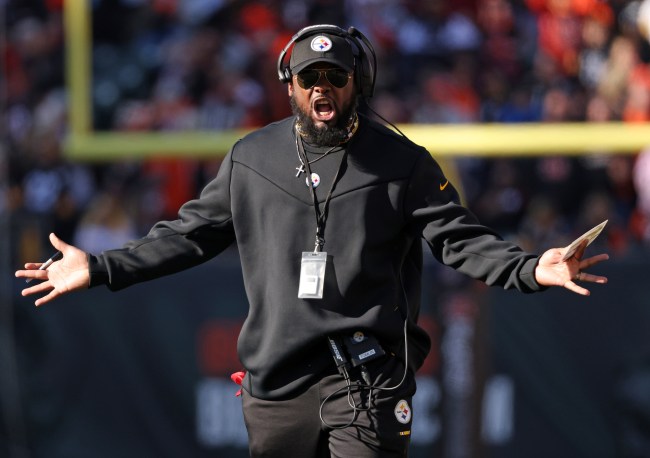 It has been a rough few weeks for the Pittsburgh Steelers and the frustration is starting to show. In a press conference today, head coach Mike Tomlin showed just how little patience he has left this season.

Over the last 3 weeks, the Steelers have tied with the Lions, ensuring the NFL won’t have its first 0-17 team, seen a comeback effort against the Chargers fall just short, and been embarrassed by division rival Cincinnati.

After all of that, you’d think the Steelers would be dealing with some real problems in the media coming from their players. Maybe something a little similar to what the Cleveland Browns have been dealing with.

Instead, the only thing we’ve heard from a current player was a seemingly harmless suggestion. All Chase Claypool wanted some music at practice to make things a little more fun. He even acknowledged that Mike Tomlin isn’t a big fan of music at practice and that Tomlin has been doing the coaching thing for a while.

Just got off a Zoom call with Steelers wideout Chase Claypool, who suggested that playing music at practice might help the team prepare better. But he said he's had that thought since he first got here as a rookie, and that Mike Tomlin has been doing this a long time.

Tomlin still didn’t take too kindly to the suggestion.

"Claypool plays wide out and I'll let him do that. I'll formulate the practice approach and I think that division of labor is appropriate."

Oof. Tomlin could have at least pretended to entertain the idea. Anything to keep one of the only functioning parts of his offense happy.

Instead, it looks like this week will be a little bit awkward at practice as the Steelers face an uphill battle to avoid a 4th straight winless week when they welcome the Baltimore Ravens to Pittsburgh.