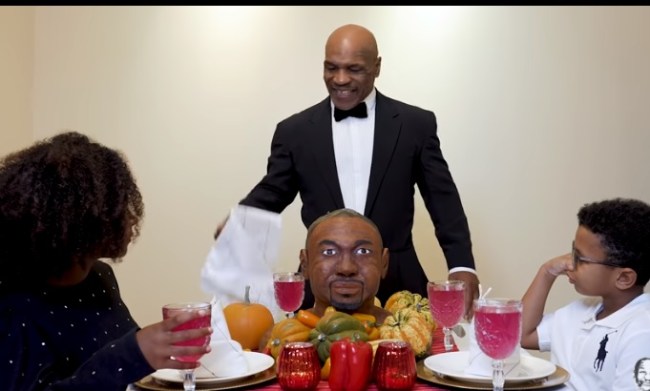 Mike Tyson is set to fight Roy Jones Jr. this weeked and to promote the fight Tyson poked fun of himself for a Thanksgiving Day skit.

The skit shows Tyson serving Thanksgiving dinner to his children but instead of having a turkey he serves up a cake modeled after Roy Jones Jr.

Tyson goes on to cut off a piece of ear for him and his kids and references his infamous ear-biting incident against Evander Holyfield when he remarks that “it tastes so much better than Evander’s.”

The fight between Jones and Tyson is set to take place at the Staples Center on November 28th without fans and will be aired on PPV for $49.99 on TysononTriller.com