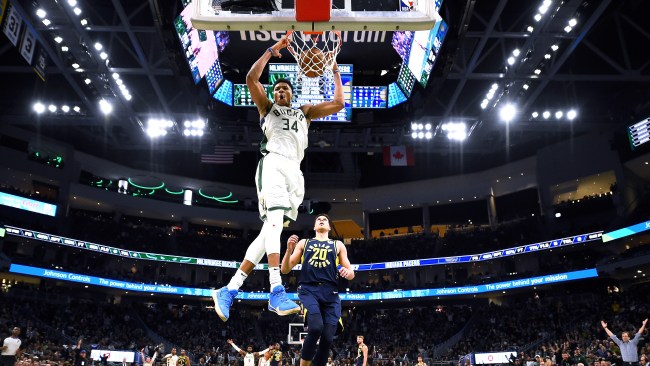 I hate to say it, but in my opinion, we are most likely not going to see the NBA resume its season this year. Although I hope I am wrong it just seems too complicated to try and cram in the rest of the season with all the uncertainty out there right now. It sucks for all parties involved, we should all be upset if we don’t get to finish the season this year, but nobody should be as upset as the Milwaukee Bucks should be.

At 53-12 the Bucks were absolutely torching any team that decided to step on the floor with them. Forget the fact that their guy Giannis Antetokounmpo was most likely going to win league MVP, this team had a legit shot to win an NBA title. While the Lakers were most likely going to be busy in a Western Conference dog fight with the Clippers, the Bucks were a heavy favorite to just cruise through the very mediocre Eastern Conference. And to add insult to injury, if the season does get canceled the Bucks lose what may be their last year with Antetokounmpo who will become an unrestricted free agent in 2020.

Let’s be honest, it is not easy for a city and team like Milwaukee to hold on to a rising superstar like Antetokounmpo for long. I mean, look at Aaron Rodgers fed up over in Green Bay.

Nobody knows when or if we will have an NBA Season this year, but I can assure you nobody is more eager to get back on the hardwood than the Bucks.

Related: Giannis Antetokounmpo Had An A+ Reaction When He Found Out On Live Stream That His GF Grew Up A Lakers Fan