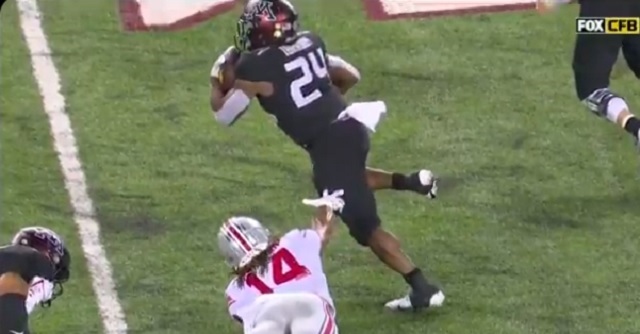 It appears that we have our first major injury of the college football season.

On Thursday night during Minnesota’s opening game against Ohio State, Gophers running back Mohamed Ibrahim was having himself a monster game on national television after rushing for 163 yards through 3 quarters.

Unfortunately, Ibrahim appeared to suffer a brutal Achilles injury late in the third quarter that was caught on video.

Mohamed Ibrahim leaves the field after going down on this play pic.twitter.com/CJ3broRGRw

Will be OK in long run but not this season. By video, clear left Achilles tendon rupture. Fairly classic. Season over and surgery. https://t.co/tUFeWjF6om

That really looked like a blown Achilles for Mo Ibrahim. I hope I'm wrong, but there's only a few things it can be when you see that pop