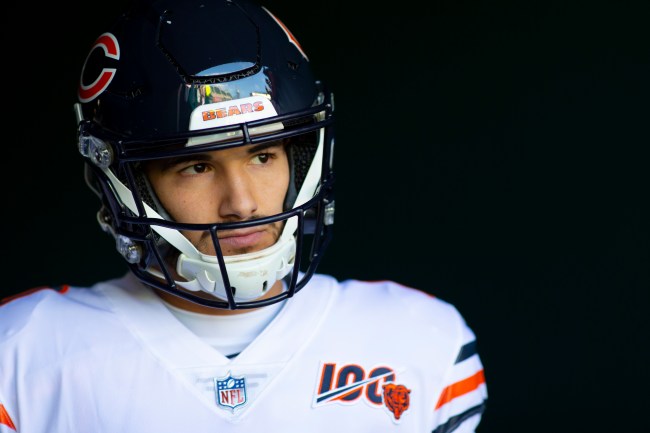 Bears QB Mitch Trubisky tried to rally the troops before the team’s game against the Packers but it seems like not everyone on the team was into it.

On Sunday night Trubisky delivered an impassioned pregame speech asking the team to show some heart and leave everything on the field.

Unfortunately for the Bears, Trubisky went on to turn the ball over three times, and the team got blown out by the Packers

During the game, a photo of Bears DE Bilal Nichols looking fed up with Trubisky while listening to his QB’s pregame speech went viral.

Bears fans had some hilarious reactions to the viral photo.

He doesn’t believe him, he needs more people. https://t.co/9yxaPWQNuI

A picture is worth a thousand words https://t.co/ECaHQX7NKS

Everything you need to know about this team’s belief in Mitch https://t.co/Cgl5ifmc05