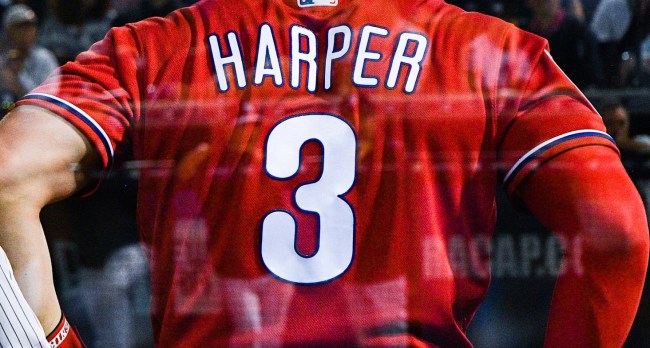 Here’s some news that fans and ownership of the Philadelphia Phillies and San Diego Padres will probably not find very comforting.

In its second annual poll of Major League Baseball players by The Athletic has revealed that the two biggest free agent signings of 2019, Bryce Harper and Manny Machado, are viewed as the most overrated and dirtiest player in the game respectively.

Eh, no big deal, Harper and Machado will only cost their new teams $630 million over the next decade or so.

The poll asks players from all 30 teams (about one third of the league) things like “Who’s the funniest, the best, the most overrated? How tense are labor relations? And who’s afraid of Aaron Judge?”

As far as Harper being the most overrated in the MLB players’ poll, it wasn’t even close. Harper dominated, snagging the top spot with a whopping 62 percent of players choosing him. By comparison, the runner-up, Blue Jays pitcher Marcus Stroman, only received 4.1 percent of the votes. Giancarlo Stanton, Jason Heyward, Kevin Kiermaier, Manny Machado, Noah Syndergaard, and Gary Sanchez were also named to the list.

One anonymous player even was quoted saying about Harper, “It’s marketing. It’s star power. But what has he done besides have one year?”

With regard to Manny Machado being named the dirtiest baseball player in MLB, I think this tweet pretty much sums up how many players feel about him…

After Yelich finished answering questions about Machado, he walked away from his locker and blurted out: “F – – k that mother- – – – er.”

Check out the rest of the results of the poll (for a fee) over at The Athletic.