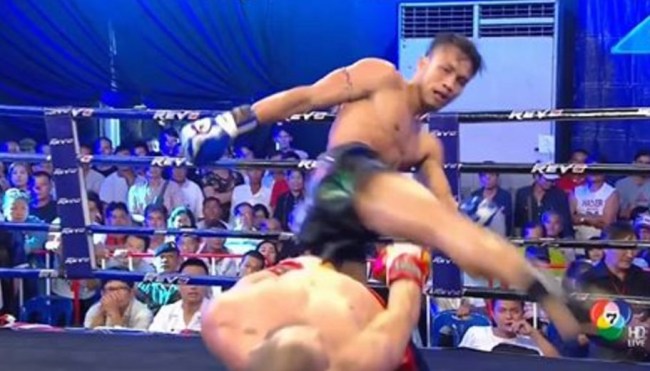 Rafael “Ataman” Fiziev marvelously pulled off a ridiculous maneuver that looked like it was ripped straight from The Matrix. Like a Keanu Reeves’ stunt double, Fiziev arched back to avoid a potentially devastating head kick.

Last Friday, during the 154-pound final bout of the Toyota Marathon in Phitsanulok, Thailand Fiziev showed that he is otherworldly with this quick and flexible defensive maneuver when his opponent Sorgraw Petchyindee attempted to kick off his head. Somehow, Ataman bent his back at nearly a 45-degree angle to avoid the kick entirely.

This is the craziest shit I have ever seen!!!!! pic.twitter.com/m1qevc5IE6

Fiziev’s Matrix move would not be enough as Petchyindee took the fight via decision.

But he did prove that the Matrix is everywhere. Even in this ring.