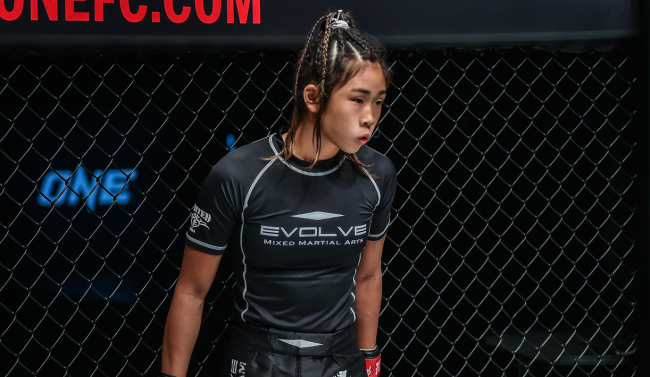 Victoria Lee is the youngest of three siblings currently fighting for ONE Championship as part of what many fight fans call “MMA’s Most Dangerous Family.”

There is a very good reason for that.

18-year-old Victoria is 3-0 in her fledgling mixed martial arts career, all finishes (two submissions and one TKO), with her first victory coming at the age of 16.

Victoria’s older sister, 26-year-old Angela Lee, was the youngest person to ever win a world title in MMA and is the reigning ONE Women’s Atomweight Champion.

Victoria’s upcoming fight will be the first for her in over a year. She had to delay fighting again after her third win due to an undisclosed injury and, you know, graduating from high school.

“Most of my teachers do know me, are really understanding and they extend deadlines for me,” Victoria told Sportskeeda MMA earlier this year. “But some are kind of like, more stiff on their requirements. And then I’ll just, like, miss the test, or I’ll make it up. But for the most part, my grades are good, and my teachers are understanding about it.”

Now, with all of that out of the way, Victoria is heading back into the cage for her fourth fight.

Victoria Lee will be going up against Zeba Bano at the upcoming ONE on Prime Video 6 card in her fourth professional MMA fight.

The 24-year-old Bano, who hails from India, holds a 1-1 record in her young MMA career. She lost her only fight thus far in ONE Championship back in May to Nat Jaroonsak.

Lee and Bano will are scheduled to face off on Jan. 13 at the Impact Arena in Bangkok, Thailand.