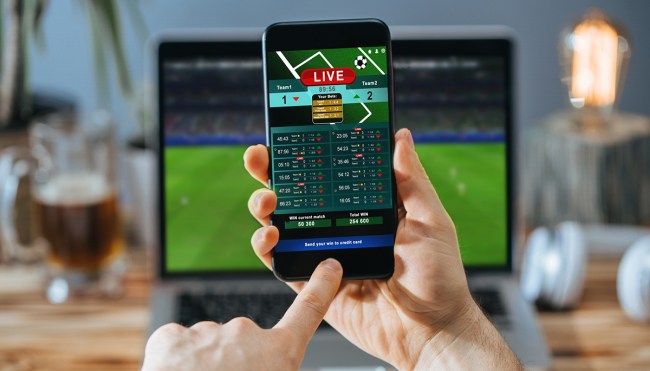 It’s been almost four years since the United States Supreme Court issued a game-changing ruling that invalidated PASPA, a 1992 federal law that effectively made it illegal to gamble on sports in America.

It took less than a month for Delaware to pounce on the opportunity to enact legislation that gave people the green light to wager within its borders, and other states quickly followed suit. As of the beginning of 2022, the majority of states (as well as Washington, D.C.) have passed similar bills to get a piece of the increasingly lucrative pie.

That includes New York, which will officially usher in a new era on January 8th, 2022 by allowing mobile betting to go live on a group of approved platforms.

This development has been a long time in the making, and now that this glorious day has finally arrived, longtime degenerates and casual gamblers alike likely have plenty of questions concerning exactly what to expect now that common sense and reason have officially prevailed.

If you’re one of the New Yorkers who count yourself among those ranks, you’ve come to the right place, as we put together a handy guide with basically everything you need to know to get started.

When Was NY Sports Betting Legalized?

New York’s slow but steady embrace of sports betting can be traced back to 2013. That year, voters approved the New York Casino Gambling Amendment, a ballot measure that gave the state the authority to approve the construction of seven commercial casinos in upstate NY and New York City. This marked the beginning of the end of its formerly puritanical approach to wagering.

While those casinos were built after the measure was passed, anyone who headed to Del Lago, Resorts World, Tioga Downs, and other gambling outposts in search of a sportsbook was out of luck due to the aforementioned federal ban. However, that changed after the Supreme Court struck it down, and the New York State Gaming Commission used that development as a chance to introduce a new set of guidelines that allowed a few physical sportsbooks to begin operating in the summer of 2019.

By that point, a number of other states—including neighboring New Jersey—had already introduced mobile sports betting, but it appeared New York was happy to leave those potential earnings on the table based on its comparatively conservative approach.

However, thanks in no small part to a certain crisis that crippled the state’s revenue stream toward the beginning of 2020, the lawmakers opted to include legalized online betting into the budget for the 2022 fiscal year that was signed into law by then-governor Andrew Cuomo.

What Companies Can You Use To Bet On Sports In New York?

The Empire State boasts one of the highest sports gambling tax rates in the country, as the framework that was unveiled after mobile betting was passed mandates any company permitted to solicit bets must fork over 51% of its overall revenue to the state’s tax coffers.

However, that didn’t stop the biggest names in the sports betting space from scrambling to try to secure the limited number of licenses that were put up for grabs in 2021. The application process saw a number of companies form consortiums to increase their chance of winning their bid, and in November, two groups consisting of nine different operators were given the seal of approval to operate for the next ten years.

The nine lucky winners were:

It was initially unclear when the companies on the approved list would be able to go live, and while we now have an answer, only Caesars, DraftKings, FanDuel, and Rush Street were able to satisfy the necessary regulatory requirements that will permit them to start taking bets at 9 A.M. on January 8th (all four have confirmed they will launch at that time on Saturday).

There’s no telling when the other five will join the New York sports betting ranks, but based on the amount of money that’s traditionally wagered on the NFL playoffs and Super Bowl, it’s safe to assume they’re scrambling to get approval within the coming weeks.

People in some states where mobile and online sports betting has been legalized have found themselves faced with a fairly frustrating issue that requires sports bettors to make the trek to a physical sportsbook to sign up for an online account. Thankfully, New York has been kind enough to make the enrollment process pretty painless.
The process may differ slightly depending on which online sportsbook you’re adding to your betting portfolio. However, regardless of the one you’re signing up for, you’ll have to input some personal information, verify you’re at least 21 years of age, and allow the mobile app or website to confirm your location.
If you’re looking to capitalize on any introductory offers, you’ll likely have the chance to enter a promo code at some point during the onboarding process, which brings us to our next topic…

Due to the cut of revenue New York’s government is taking, there was some speculation that residents and visitors might be disappointed when it comes to the promotions offered by sportsbooks that have used some pretty lucrative offers to entice people in other states to try their luck.

Thankfully, it appears that isn’t the case based on the introductory incentives some of the companies slated to start taking bets on Saturday have already rolled out. FanDuel is offering customers who register for an account before the app goes live a $100 sign-up bonus, and DraftKings is also giving away $100 in free bets that early birds can use when it officially launches.

It seems very likely other sportsbooks will roll out similar promos once they’re prepared to get up and running, so it’ll be worth keeping an eye out for other bonuses as the current situation continues to develop.