Playboy, OnlyFans Models Are Shooting Their Shot At Tom Brady 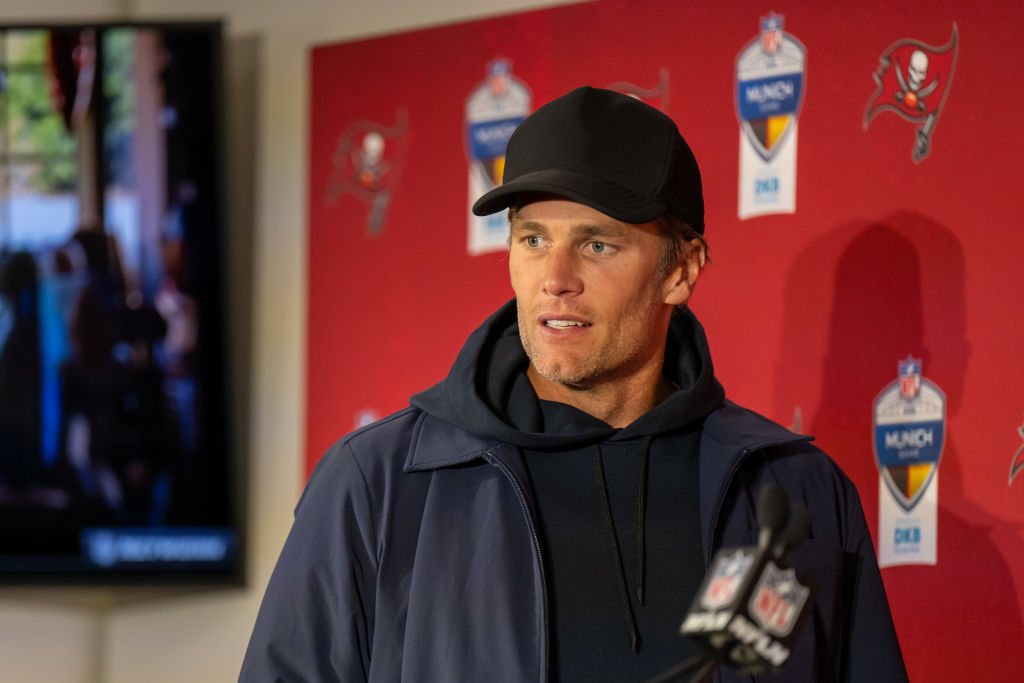 Recently single Tom Brady is already getting plenty of interesting offers from ladies who want to show him a good time before he settles down again.

Two weeks ago, Brady announced his divorce from the longtime wife, Gisele Bundchen.

While Gisele reportedly already has a new boyfriend, several women are already throwing themselves at the Bucs QB.

On Friday, the NY Post spoke to several models who said they would drop everything they’re doing to hook up with Brady.

A Playboy playmate, a Brazilian bombshell, and a foxy football aficionado all say they dream of going along with the NFL’s newly single megastar after Brady and his supermodel wife Gisele Bündchen called it quits.

Playboy playmate turned Onlyfans model Sara Blake, who is currently married, said she would be willing to ask her husband for a hall pass to hook up with Brady.

“I would have to essentially ask my husband for a hall pass,” Playboy model Sara Blake told The Post, meaning she’d need his OK to make a move on the gridiron great.

Despite being happily married, Blake, of Tampa, fantasized about a private huddle with Brady as he moves on from Bündchen, who has been spotted in Costa Rica with jiu-jitsu instructor Joaquim Valente.

“Somebody that dedicated to their craft and their profession who wants to be the best and has that drive, that’s extremely attractive,” Blake said of the seven-time Super Bowl winner. “Those are things that women look at.”

Brazilian model Mayara Lopes, who isn’t even a football fan, is down to shoot her shot at Brady.

“I wouldn’t necessarily approach him directly, but I would make eye contact and try to get his attention,” Lopes, 35, told The Post. “And you know, if I think he gave me attention, then maybe I’d make a move.”

Lopes, a São Paulo native now living in Orlando, said she didn’t have a Brady-specific game plan in advance of any chance meeting. The petite, tattooed knockout recalled watching Brady and the New England Patriots with her husband — whom she’s since divorced — and would be game for getting to know him.

“If I had the opportunity, absolutely,” Lopes said with a laugh.

NESN college sports reporter Kendra Middleton is also an admirer of Brady and loves his work ethic, among other things.

Some of Brady’s potential pursuers have long admired his accomplishments as an athlete. Kendra Middleton, a 26-year-old college sports reporter for New England Sports Network and podcast host, grew up in Florida as a Jacksonville Jaguars fan but considers Brady her first football-related “crush,” she said.

“Obviously, he’s very physically attractive, but his work ethic is awesome — I love it,” said Middleton, who now lives in Boston. “Like, he’s so dedicated to his craft that he doesn’t even eat tomatoes, you know what I mean?”

It seems like Brady isn’t going to have issues picking up women whenever he chooses to start dating.