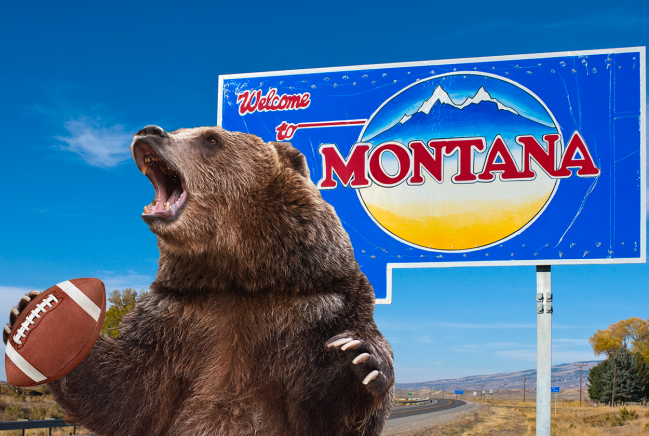 Three days before it plays for an FCS National Championship, Montana State football received some great news from out-of-state. The Bobcats received a commitment from a big offensive lineman with the most perfect look and name for a Montana school.

At 6-foot-5, 280 pounds, Bear Old is headed to Bozeman. It’s not a nickname. His name is Bear Old and he committed to play for the Bobcats on Wednesday.

I am extremely honored & thankful to announce my commitment to @MSUBobcats_FB. I would like to thank my family, my coaches, and teammates @RabunFootball.
Go Bobcats!@CoachArmy @bvigen pic.twitter.com/mtxqtS2OoR

Have you ever heard a more perfect Montana football name?

Old is from Rabun County High School in Tiger, Georgia and earned an all-state selection and two all-region honors during his career with the Wildcats. He runs a 5.2-second 40-yard dash, has a 28-inch vertical leap, cleans 265 pounds, benches 275, squats 450, and carries a 3.7 GPA.

Although he is slightly undersized, he will be a valuable boost to an offensive line that led a national championship run in 2021. Some time in a college weight room will serve him well.

However, a guy named Bear makes way too much sense at Montana State. How could that not be meant to be?

In addition to his name, Old has the perfect Montana look. He rocks a long, flowing mullet and a outstanding mustache.

When he isn’t sporting the ‘stache, he has the perfect Montana man beard.

He is rarely caught dead in anything other than his trusted pair of jeans, but if he is, he makes up for the lack of denim with camo crocs.

From his name to his look, it is truly the perfect pairing. It just doesn’t get any more perfect than Bear Old playing offensive line in Bozeman.