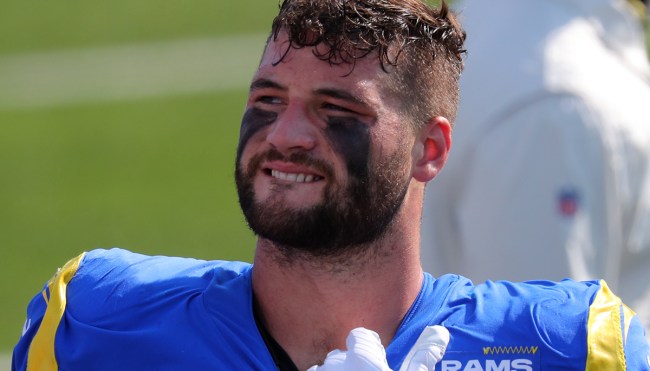 Anyone who’s seen the totally real and entirely factually accurate documentary Best in Show knows the cutthroat world of the kind of competitions it revolves around is not for the faint of heart, and the amount of work that goes into making sure dogs are looking as sharp as possible and on their best behavior in front of the judges can make them an incredibly stressful affair for the owners of the entrants.

If you need any more proof that’s the case, you don’t need to look any further than the experience NFL player Morgan Fox had on Tuesday.

Fox, who signed with the Chargers last month following previous stints with the Rams and the Panthers, is a co-owner of Winston, the French bulldog who was one of the 21 competitors who qualified to be part of the Non-Sporting Group at this year’s Westminster Dog Show.

Fox spent the evening playing the role of the Very Proud Dog Dad he deserves to be as he watched Winston compete from his couch while sending out the occasional tweet as the excitement began to build.

The night ended on a high note for Fox and Winston, as the Frenchie ultimately walked away with the win in the Non-Sporting category and will be one of the seven dogs vying for Best in Show when Westminster wraps up on Wednesday night.

The winner of the Non-Sporting Group is Winston the French Bulldog! #WestminsterDogShow pic.twitter.com/z7qzX7JSMc