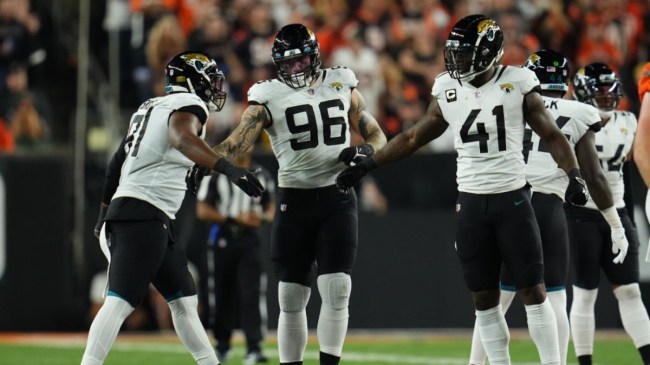 With just 5 more days until the NFL trade deadline, things have really started to heat up around the league. The 49ers sent Christian McCaffrey to the 49ers. The Bears traded Robert Quinn to the Eagles. The Giants traded Kadarius Toney to the Chiefs. The Jacksonville Jaguars even got in on the action, sending James Robinson to the Jets.

Now it looks like teams could be calling the Jaguars about another player and this time the deal would likely be a big one.

According to a report from ESPN’s Jeremy Fowler, teams have been showing interest in Jaguars edge rusher Josh Allen.

It’s no surprise that teams are interested in Josh Allen. He is currently in just his 4th season in the league and he has been impressive so far in his career. He racked up 10.5 sacks as a rookie and another 7.5 last season. This year, he’s already contributed 3 sacks for the jaguars.

What would be a bit more surprising would be if the Jaguars were actually interested in trading him. Allen is still on his rookie deal and the Jaguars have already picked up his 5th-year option for next season.

With Allen and Travon Walker, who they spent the 1st pick in this year’s draft on, they have started to put together a solid pass rush that they can begin to build their defense around for the future.

The only reasons they should consider an offer for Allen are if they get a huge offer for him or if they truly believe they won’t be able to hold onto him beyond next season.