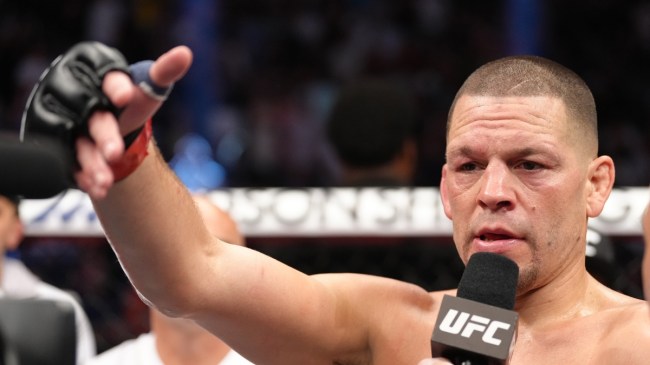 Conor McGregor is in the middle of a multimillion-dollar lawsuit right now over his popular Proper 12 Whiskey brand. His former teammate Artem Lobov claims he deserves a piece of the pie when McGregor sold shares for a massive amount of money. McGregor didn’t take it well and challenged Lobov to a street fight. Now, UFC fan favorite Nate Diaz chimes in.

After the lawsuit was filed, Conor McGregor called Artem Lobov “a rat” in a since-deleted tweet. The former double-champion also challenged Lobov to a street fight as a way to settle their dispute. This clearly peaked Nate Diaz’s interest, as he wants to know if the fight went down or not.

So is Artem gonna show up to the big fight or what ?

That’s actually a pretty good question. This simmering dispute between Conor McGregor and Artem Lobov is getting out of hand. The Proper 12 Whiskey lawsuit seems to be the tipping point of what used to be a friendship. Regardless, Nate Diaz is just like the rest of us. Did Lobov meet McGregor as he demanded?

We may never get the answer to that question. If anything, the UFC fan favorite is just trying to stir the pot. Nate Diaz tends to do that from time to time. Especially when it involves Conor McGregor.

With that, keep an eye on this situation between McGregor and Lobov. The lawsuit is in the early stages, so there’s no telling where it might go. The only thing for sure is Conor McGregor isn’t happy about it.