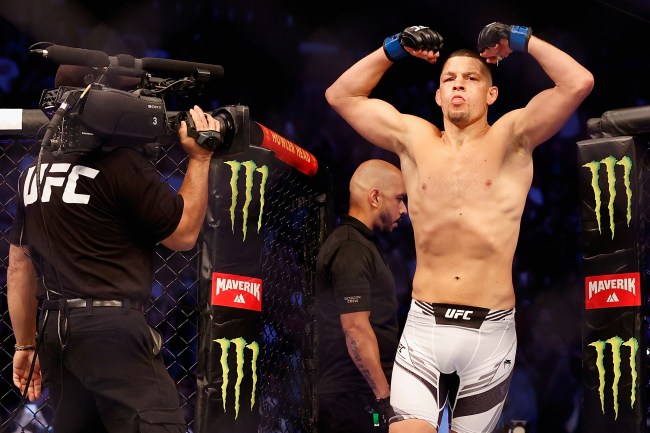 The Diaz brothers have both been known for two things throughout their MMA careers. They are both unique characters outside the cage and constantly deliver exciting fights inside of it. However, it has become increasingly rare to see either of them in the cage lately.

That could be about to change. According to Ariel Helwani,the UFC just extended his contract after he turned down a fight with Khamzat Chimaev. Fans have made it clear that there are 2 fights they want to see him take and one of them could already be in the works.

Tony Ferguson vs Nate Diaz. It’s the fight to make 💯

Either one of these fights would be an exciting next step for Diaz, but there’s one that seems somewhat more likely. Maybe it’s just a coincidence, but the Diaz reports happened to come out the same day as an interesting tweet from Tony Ferguson.

It certainly sounds like Ferguson has his next opponent lined up right now and there are very few options that make as much sense as a fight with Nate Diaz. That fight would be guaranteed fireworks given both guys’ styles.

Diaz has reached a point in his career where he’s likely only going to take exciting, big money fights. Diaz has lost 3 of his last 4 fights and wasn’t particularly competitive against Jorge Masvidal or Leon Edwards.

However, his entertaining style and memorable press conferences will keep him getting big fights for as long as he wants them.

Hopefully we’ll see him back in the cage soon.