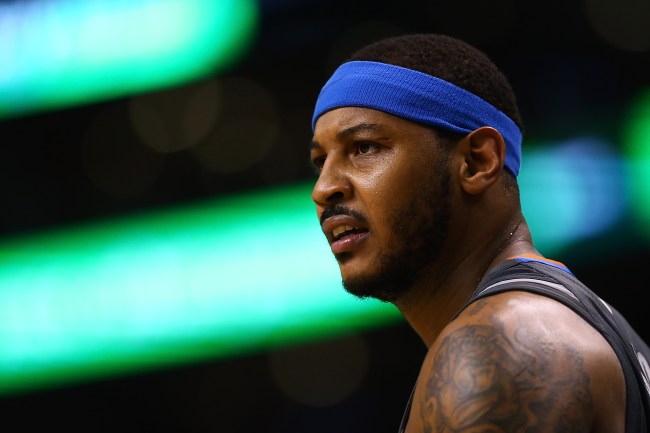 The NBA All-Star Game voting system is about as flawed as it gets. Hey, let’s just call a spade a spade, guys, because the damn thing is a popularity contest that gives fans, players and media members the chance to choose their favorite players for an exhibition game that’s fun to watch, but is also kind of a waste of time. No defense. Wild shots. No incentive for players to play hard.

Don’t get me wrong, I’ll tune in on February 17 when the NBA All-Star Game is played in Charlotte, but that doesn’t mean it’s because it adds much to my life. It’s just a sporting event that’s on, so of course I’m going to watch.

With the starters officially set for this year’s NBA All-Star Game — with team captains being LeBron James and Giannis Antetokounmpo — the good folks over at SB Nation found some interesting players who actually received votes to start in the contest this year from their peers. Sure, James Harden, Kevin Durant and Stephen Curry are all worthy, but people like Carmelo Anthony and Boban Marjanovic? Not so much.

Just take a look at the strange list of names who NBA players legit voted for to start this year’s NBA All-Star Game; because it’s laughable.

There are some former NBA All-Star Game participants on that list — like Anthony, Jeff Teague and Kevin Love — but, my F’in goodness, those dudes aren’t exactly playing at All-Star level this season. Maybe those dudes just paid a buddy to give them their vote in exchange for a free dinner or something. I don’t know, I just need some sort of explanation.

NBA All-Star Game voting is broken down by weighing fan votes as 50 percent, media votes as 25 percent and player votes as 25 percent, so these absurd picks from other players weren’t going to matter too much. But, still, Carmelo F*cking Anthony getting any votes to play in this year’s game is just insane.