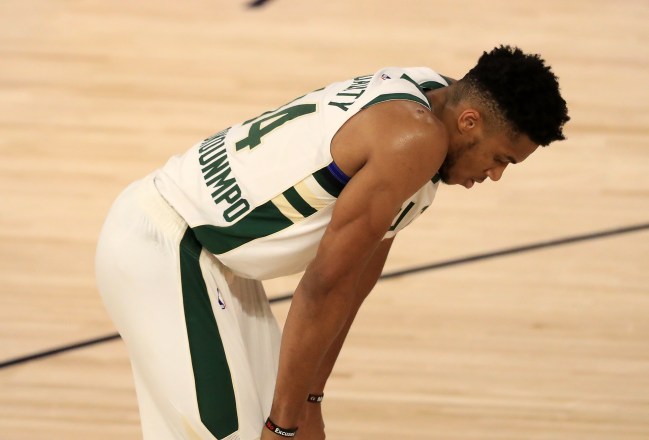 Giannis Antetokounmpo is the reigning two-time NBA MVP and just got a 5 year/$228 million but unfortunately none of that mattered at the end of Wednesday night’s Bucks-Celtics game.

With less than 10 seconds to go in the game, Celtics star Jayson Tatum hit a clutch 3-point shot over Giannis.

With .4 seconds left in the game Giannis was able to get on the free-throw line after a controversial call against Celtics big man Tristan Thompson.

Giannis went on to hit the first throw but missed the second free throw which ended up costing his team the game vs the Celtics.

Giannis well short on the free throw, and the Celtics win 122-121. pic.twitter.com/qHm2y71MfE

“Giannis with a free throw to tie it” pic.twitter.com/qEgpdA015l

The rim when Giannis shot that second free throw: pic.twitter.com/Sa9WYXqGpo

They paid Giannis 255 zillion dollars and he couldn’t make a free throw.#Celtics 🍀 pic.twitter.com/SCRxwUPg1Y