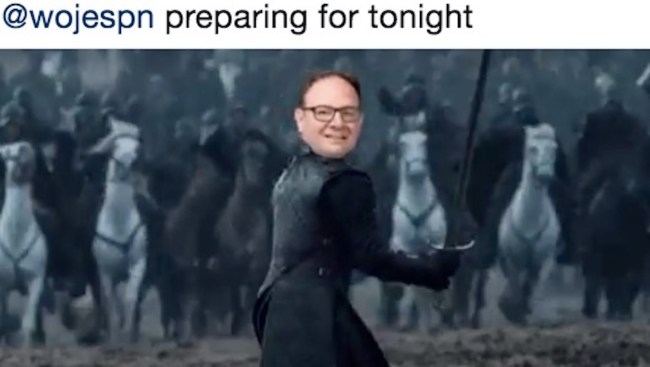 As any NBA fan will be quick to remind you, what separates “THIS LEAGUE” from the rest of the other major American sports leagues is that its news cycle seems to be endless.

From on-the-court highlights and off-the-court beef, to All-Stars subtweeting their rivals and LeBron’s latest depth of hairline. From Danny Ainge making a bombshell trade every 6 months to players like OJ Mayo getting banned for life — the storylines coming out of the NBA are never-ending, making the league a truly year-long source of entertainment.

And when it comes NBA moments throughout the year that grasps the attention of the sports world, there are arguably none — including the actual NBA Finals themselves — as wild on social media than the start of the league’s free agency period.

More so than any other major American sport, the NBA is a players league, meaning the quality of a team’s top-end talent does more for their chances of success than any other sport. After all, there were only 494 players in the league on the 2018-19 opening-day roster list.

And that’s what makes the NBA’s free agency period so unique: you aren’t just seeing players make decisions for themselves and their career, you are seeing the balance of power amongst the league’s 30 teams shift in real time.

So when the 2019 Free Agency period kicked off — widely considered to be the most stacked with talent in the league’s storied history — at 6 p.m. EST on June 30, Twitter essentially went into nuclear meltdown mode.

Whether it was Kyrie and KD heading to Brooklyn, the Knicks swinging and missing, or Khris Middleton becoming one of the highest paid players ever, NBA Twitter wasted absolutely no time firing off all the jokes.

reacting to the Knicks missing out on Durant and Kyrie pic.twitter.com/9k3rOK5t2b

Knicks tanked for Zion… Thought they were gonna get KD and Kyrie…. To now focusing on Julius Randle and Wayne Ellington. #NBAFreeAgency pic.twitter.com/XcJNv0bp9B

What the Knicks ordered vs what came in the mail pic.twitter.com/0iM3QRvDiH

Knicks fans 9:55pm: Julius Randle has a great handle for a 4. pic.twitter.com/1ToAV9Ja76

When the Knicks traded Porzingis I immediately thought “if this leads to Julius Randle and Taj Gibson you make this move.”

WOJ is not playing any games right now! pic.twitter.com/oMvOhTj2Uf

when woj tweets something that isn’t kawhi to the lakers pic.twitter.com/91VcQhjEsf

“Don’t care what anyone says, KD going to the Nets takes GUTS. Dude has always been braver than he’s given credit for!” pic.twitter.com/QfqvzrcehF