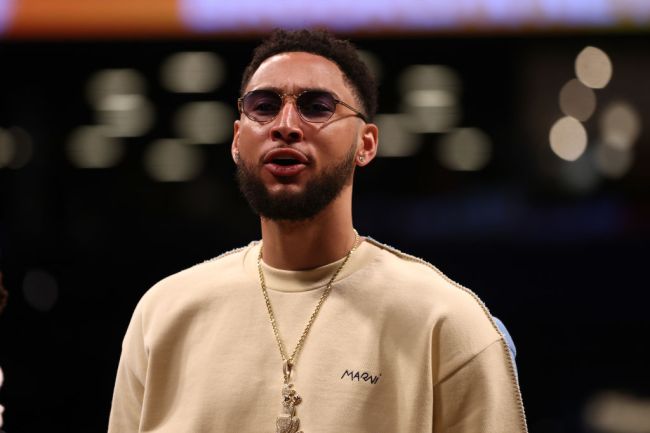 Brooklyn Nets fans have known for nearly 2 months that Ben Simmons would be replacing James Harden as the team’s 3rd star. Unfortunately, what they haven’t known is when Simmons will finally actually suit up for the team.

Nets fans may have finally gotten an indication today. According to the Athletic’s Shams Charania, Simmons is currently ramping up to try and return for the playoffs.

The latest on the potential ramp up of Nets three-time All-Star Ben Simmons: pic.twitter.com/p7LbIc6KHU

The Nets will be hoping that his back holds up as he tries to prepare for his return. Simmons had tried ramping up for a mid-March return in the past, but had a flare-up of his back injury.

Simmons returning for the playoffs could also potentially present the Brooklyn Nets with a complicated situation.

Simmons hasn’t played an NBA game since last season’s playoffs and has never suited up for the Brooklyn Nets. That means he’ll be getting back into game shape while also needing to figure how exactly he fits in with this new team.

It’s a lot to ask for Simmons as he tries to fit in with a pair of ball-dominant stars and potentially a position change.

Adding Simmons’ skill will certainly give the Nets a better chance of making a deep run in the playoffs as they currently face an uphill battle as the Eastern Conference’s 8th place team. However, if adding him into the rotation causes issues with the team’s chemistry, it could be costly for the Nets.

Having Simmons make his debut in the playoffs is a high-risk proposition for the Nets, but it could also pay off for them in a big way.