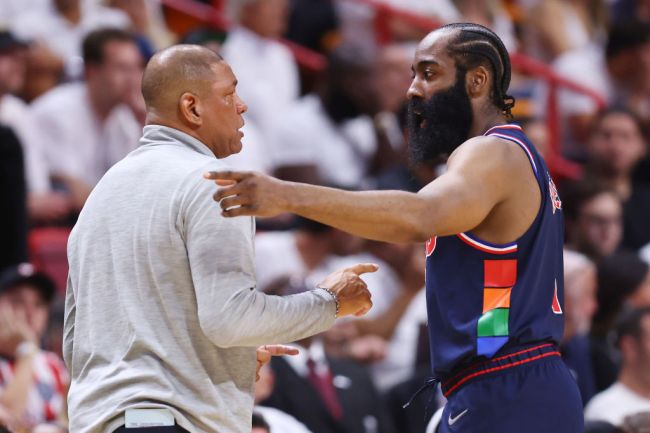 James Harden surprised many in the basketball world during the current NBA offseason when he opted to decline the player option that would have paid him $47 million for the 2022-23 season. He then worked out a deal with the 76ers that cut his salary to $33 million to give the team some more financial flexibility.

The move was widely praised by basketball fans as Harden made the sacrifice with the intent to earn the first ring of his NBA career. However, it seems the NBA might not be quite as impressed with his decision.

Today, NBA insider Adrian Wojnarowski reported that the league has opened an investigation into the Philadelphia 76ers over the deal.

ESPN Sources: The NBA has opened an investigation into the Philadelphia 76ers for possible tampering and early contact centered on franchise’s summer free agency class of James Harden, P.J. Tucker and Danuel House. Sixers have begun cooperating with league on probe. Story soon.

NBA's expected to pursue circumstances surrounding Harden declining $47M option to sign a 1+1 deal that cut salary to $33M and gave team more flexibility to sign Tucker and House. Some have wondered if another deal was already in place for future — which is against CBA rules.

The league has cracked down on tampering over recent years, even taking away draft picks from the Heat and Bucks during this past NBA Draft. However, fans are still of the belief that the league applies these rules selectively.

Going after the 76ers for tampering this offseason because of a contract they signed with a player that was already a member of their team last season isn’t going to help that, especially when Jalen Brunson had seemingly already worked out a deal with the Knicks before free agency started.

Whether or not other teams should be under investigation as well, it seems unfortunate that the 76ers are getting investigated because one of their players made a move that benefited his team