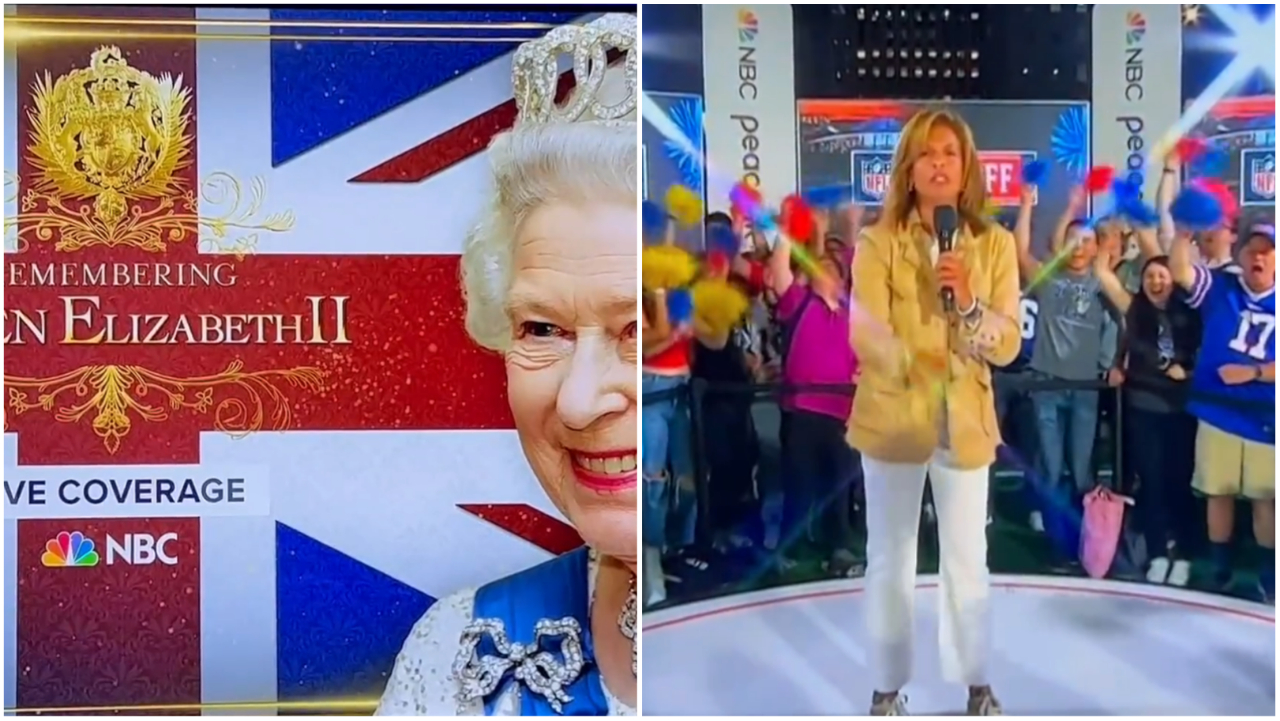 The death of Queen Elizabeth didn’t appear to affect Americans’ enthusiasm for the return of NFL football.

On Thursday afternoon, Queen Elizabeth passed away at the age of 96 on the same day as the NFL’s season opener in the states.

Queen Elizabeth II, the UK’s monarch for the past 70 years, has died aged 96 https://t.co/nuFdc3PV49

The NFL honored Queen Elizabeth with a moment of silence before the Bills-Rams game that fans didn’t seem to care about.

At the NFL kickoff game at SoFi Stadium between the LA Rams and Buffalo Bills they did a moment of silence for the Queen. You can see the footage below but it was not respected at all. #NFLKickoff #NFLKickoff2022 #QueenElizabeth #QueenElizabethII #RamsHouse #BillsMafia pic.twitter.com/xhMrhvQxrz

During NBC’s pregame broadcast, the network awkwardly transitioned from talking about Queen Elizabeth’s death to fans loudly cheering the return of football.

“Queen Elizabeth was honored all around the world, but back here at home we’re been waiting a long time for this, the start of the football season”