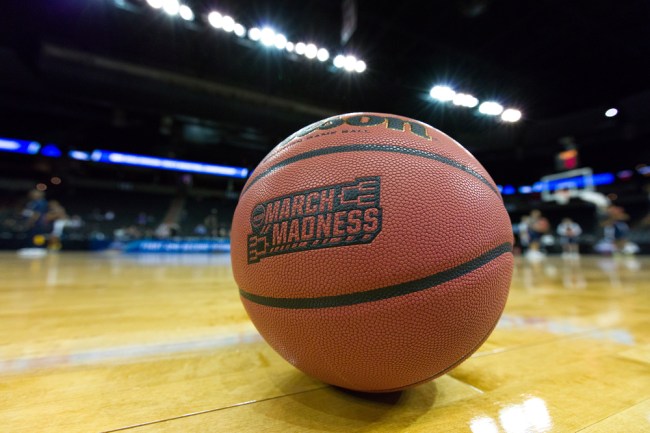 From upsets that will happen to teams that could shake up the outcome of the tournament, here are 20 last minute pieces of bracket advice before the 2017 NCAA Tournament tips off today.

Four First Round Upsets That Will Happen

Xavier over Maryland: Maryland is ripe for an upset having lost 6 of their last 10 games. Their only win over a team seeded 6 or higher is against Minnesota, who most people would argue doesn’t deserve the seed. Xavier is finally putting things together after the loss of Edmond Sumner. They showed strength in a win over Butler and played Creighton to the wire. Everyone is going to look to Melo Trimble for Maryland, but Xavier’s Trevon Bluiett is just as capable to put up buckets.

Rhode Island over Creighton: URI was ranked in the top 25 to start the season, but injuries derailed their early-season hype. Now they’re healthy and have won nine in a row. E.C. Matthews can score with anyone in the country. They’re able to switch a lot of match-ups defensively because of their athletic lineup. Creighton hasn’t been the same since Maurice Watson Jr. was lost for the year.

Middle Tennessee State over Minnesota: It’s nice and all that Minnesota went 9-3 in their last 12, but the Big Ten is clearly down this year. MTSU is the same group of guys that upset Michigan State last year and they’re still not getting enough respect. They only lost by three at VCU and have three guys in Jacorey Williams, Giddy Potts, and Reggie Upshaw, who can get to 20+ in a game.

Marquette over South Carolina: It’s a classic match-up of offense vs. defense. Marquette ranks 8th in offensive efficiency according to Kenpom.com while South Carolina ranks 3rd in defensive efficiency. South Carolina will try to make this game ugly, but nothing’s been as ugly as their play in losing six of their last nine. Sindarius Thornwell is a baller, but nobody bombs away from three better than the Golden Eagles.

Vermont over Purdue: Purdue’s better than they have been in recent years because they’ve gotten solid guard play. Sure, people will remember their layup miss that cost them the game against Michigan. Take Michigan out of Purdue’s schedule and we’re talking about eight wins in a row. Vermont doesn’t have the size to combat Caleb Swannigan and Isaac Haas in the low block.

UNC-Wilmington over Virginia: Here we have another offense vs. defense situation. UNCW, however, has been producing against inferior competition all year. They lost by 14 when taking on Clemson in December and will struggle to get the same buckets against UVA. UVA makes things ugly, but things look a lot prettier when they’re playing weak defensive teams.

Iona over Oregon: It’s really a shame that Oregon lost Chris Boucher because they could’ve competed with any team in the country with him on the floor. They’re still pretty good without him and have the depth to survive in the short term by playing small ball and giving Kavell Bigby-Williams some more minutes. Iona will not trouble them at all.

Four Teams with a Chance to Win It All

North Carolina: UNC has everything it takes to win a championship. Joel Berry and Justin Jackson can create their own shot. They can get easy buckets in the low post with Isaiah Hicks and Kennedy Meeks. They hit the boards hard and have Theo Pinson to help lock down the other team’s best players. The inherent problem is Roy Williams is a bad in-game coach. How he let Berry sit on the bench as UNC blew the lead to Duke last weekend is beyond me. It’s better to try to win the game with him on the floor with four fouls then lose the game and have him end it with four fouls. They have an easy road to the Elite Eight and that always helps.

Arizona: The Pac-12 Conference tournament champions are playing their best ball at the right time. The team lost some games early in the year when they didn’t have a full squad, but now everyone’s healthy and they’re crushing it. Their only losses in their last 12 games are at Oregon and to UCLA. They don’t lose bad games. They got revenge on both teams last week, so it shows they’re peaking now. It helps that they have diversified scoring with six guys averaging nine points a game or more with Allonzo Trier and Lauri Markkanen ready to take the big shots.

Duke: I still don’t think all the pieces are working together at Duke, but that didn’t matter last week. They won the ACC Conference tournament despite not being able to guard on the perimeter and looking stagnant offensively at times. Coach K is smart enough to switch to a zone (as he did against Louisville) when he needs to and Jayson Tatum is playing like he deserves to be drafted #1 overall. Grayson Allen might finally be getting his shooting streak back and Frank Jackson is showing well as the team’s primary ball-handler. I haven’t even mentioned Luke Kennard, who’s been their best player all season, or Amile Jefferson, the team’s heart and soul.

Villanova: It’s kind of weird no one is giving Villanova respect, but then again people didn’t really give them it last year before they won the title. They’re missing some size from last year’s team and have had to overcome injury and academic obstacles, but the core is rock solid. You know this team is going to use the lack of respect and the attention to Duke as motivation. They’ve also only lost one game in their last 12 and took down Notre Dame, Purdue, and Virginia in the non-conference schedule.

Four Teams That Could Shake Things Up

Virginia: The Cavaliers are downright ugly offensively, but their defense is as good as any team’s in the country. In a scenario in which you don’t get much time to prepare, teams will struggle against Virginia in the second game of a weekend. They just need London Perrantes to find his shooting stroke and Kyle Guy to fire when ready.

Notre Dame: This is a typically good Mike Brey coaching job, but we’re so used to it by now. More importantly this is the best defensive Notre Dame team in recent memory. The offense is there as it has been in years past with familiar names like Steve Vasturia, V.J. Beachem, and Bonzie Colson, but Matt Farrell is the engine. This team has made two Elite Eights in a row and could easily make it three with a vulnerable Gonzaga in front of them.

Wisconsin: We’re still trying to figure out how the committee gave Wisconsin a #8 seed while placing Minnesota on the #5 line. They got their mojo back in the Big Ten Conference tournament, but ran into a buzz saw against Michigan. They have plenty of experience on the roster from previous tournament runs and they’re certainly not a team Villanova wants to see in round two.

Wichita State: Here we have another team the committee chose not to respect. Kenpom’s #10 ranked team plays defense as well as anybody and their potential second round game against Kentucky is going to be one of the ugliest ones of the tournament. Kentucky will really fail to score if Wichita State catches Marcus Monk on an off night and then the rest could be history.

BONUS: Four Bets for Round 1

Seton Hall +4 over Arkansas: This isn’t the SEC anymore. Arkansas will be shown as a fraud.

ETSU +9 over Florida: I must really hate the SEC, but Florida hasn’t been the same since John Egbonu went down.

VCU +4 over Saint Mary’s: I just haven’t been impressed with anything I’ve seen from Saint Mary’s. A jump in competition is too much for them.

Louisville -20 over Jacksonville State: Thanks for playing Gamecocks, but Louisville is not going to be a welcoming host to the NCAA Tournament. Their press should make this game ugly.