Ndamukong Suh Reveals Why He Joined The Philadelphia Eagles 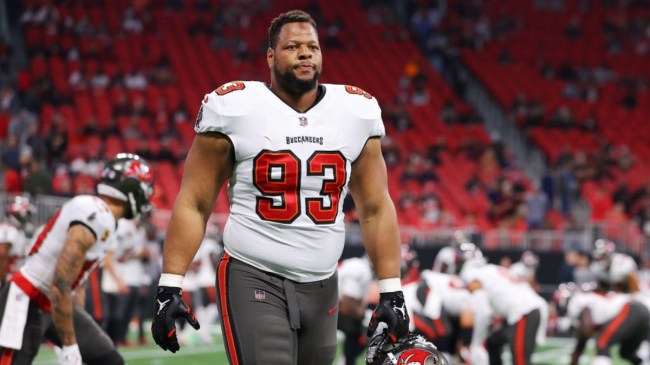 The Philadelphia Eagles have done everything they can to make their team a contender over the last 9 months.

During the offseason, they signed James Bradberry and traded for CJ Gardner-Johnson and AJ Brown. Those moves solved issues at wide receiver and in their secondary. The decision to draft Jordan Davis solidified the middle of the defensive line and helped the run defense.

During the season, they traded for Robert Quinn to add a weapon to the pass rush.

Now they’ve made a couple of moves to deal with Davis getting injured. They’ve recently signed Linval Joseph and Ndamukong Suh to reinforce the middle of that defensive line.

Today, Suh discussed what led him to decide to play for the Eagles. Accoring to the long-time veteran, it’s all about the rings.

“Championships. That’s what keeps me going, an opportunity to play for one. This team has done an amazing job thus far. I feel I can help”

-Ndamukong Suh: why he chose Eagles. He says he was speaking to other teams, but relationships & chance to win Super Bowl is why he is here pic.twitter.com/7ZLKprpvYb

Suh also added that he wouldn’t have come back to play for just anybody, via The Trentonian‘s Bob Grotz:

I’m not going to sit here and lie to you and say I’d play for any old team. I want to have an opportunity to go and earn a ring and celebrate that with my family and especially my teammates and the people I did it with. For me, I’ve been able to have amazing accolades just from the standpoint of individual play but it’s more than that at this particular stage of my life.

The Philadelphia Eagles have looked vulnerable against the rush recently, but with their reinforcements on the D-line, there isn’t much reason to believe they won’t be in the Super Bowl mix at the end of the season.